Gor Mahia have finally ended their contract with coach Steven Polack after only one season.

The British tactician, who joined K’Ogalo at the start of the 2019-20 season, has officially written to the club seeking to end his relationship with the club, which saw him win two trophies.

“We are in receipt of your resignation letter dated October 8, 2020, as Gor Mahia coach, much as we regret this happening we also respect the reasons that you have pointed out to occasion your action, as a club we will miss you amongst us greatly, especially your impeccable coaching abilities and social cohesion and the excitement you brought to the Gor Mahia fraternity as a whole,” read a statement from Gor Mahia obtained by Goal and signed by secretary Samuel Ochola.

“Your time with us was momentous and fulfilling. We take cognizance of your achievement at our club which was coloured by having our team being declared the 2019/20 Kenyan Premier League (KPL) champions for the 18th time in our country.

“We wish you would stay longer!”

The statement continued: “The club executive committee, management, and our fans wish you all the best in your endevours, knowing so well that we shall forever share with you the K’Ogalo heritage and may you excel in making the beautiful game better wherever you are.”

On Wednesday, Goal reported the return of Polack, who was given 11 days to visit his family in Finland, was shrouded in controversy as the club could not confirm whether he will return to see out his remaining one-year contract.

On leaving for Finland, Polack told Goal he will come back to see off his contract and stated he never runs away from his work.

“I don’t run away from contracts,” Polack told Goal. “I always make sure that I see through my contracts and if you check my records, that is what I usually do, it is not easy for me to go and never to come back.

“I have a contract with this club and I will make sure that I come back.”

Gor Mahia have already resumed training for the 2020-21 campaign and are training under assistant coach Patrick Odhiambo.

Fri Oct 9 , 2020
The midfielder and defender could team up for their country at Euro 2020 and the Tokyo games, which have both been put back to next year Dani Ceballos wants to see Sergio Ramos marauding across Europe with Spain next year before going for gold in Tokyo. The prospect of a […] 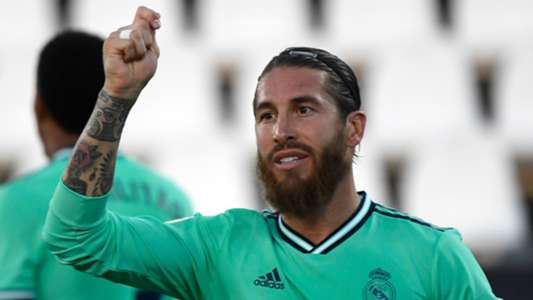