Speaking to the media on Monday, Goran Dragic couldn’t give a precise status update on his timetable, after suffering a foot injury in Game 1 of the NBA Finals versus the Los Angeles Lakers.

The Miami Heat veteran admitted he is making progress hoping for the best ahead of Game 3 of the Finals’ series, as he was asked multiple questions about his foot injury.

Asked if he can return during NBA Finals, “If I’m honest, I don’t know.”‘

However, Dragic didn’t rule out the possibility of returning for the series.

Dragic said he’s making progress, “then some days I’m the same. We’ll see. We’ll see.” Sounds unlikely for Tuesday and hardly optimistic about series. “How I feel right now is probably low [percentage], but they told me it could change day to day.”

The Miami Heat took Game 3, thanks to Jimmy Butler’s unreal performance against the Lakers in Sunday’s showdown. However, for the Heat to become a legit threat for the Lakers’ title aspirations, they have to be in full strength.

Aside from Dragic, the Heat are also hoping Bam Adebayo can return soon from his own injury.

Mon Oct 5 , 2020
Just over a month after hinting of interference in his job, the Englishman is facing action from the club Baroka FC coach Dylan Kerr has been suspended by the club for alleged insubordination.  The suspension comes just over a month after the coach hinted that he was not freely performing […] 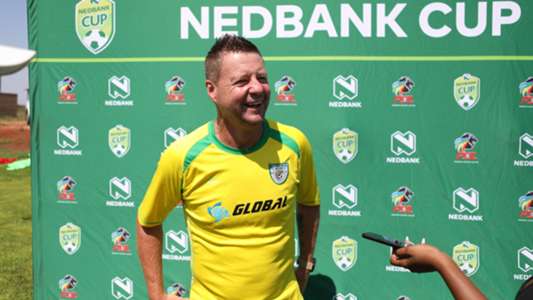