The NBA is one of the greatest sports franchises in the world; and the premier men’s professional basketball league. Established in 1946, with such a longstanding and fantastic history there’s some incredible stories from games over the years with highs, lows and standout moments of all kinds. A fan favourite, however, has to be a comeback story. Everyone loves the thrill of seeing a team that had lost all hope going hard and surprising the coaches, onlookers, the competition and even themselves with a big win.

The NBA has had some impressive comeback stories over the years; here are the top all-time greatest comeback games from teams across the league.

In a game at The Staples Center, the Lakers were trailing the Mavericks by 30 and were still down by 27 points at the beginning of the fourth quarter. Fans were not pleased, booing the team off at halftime, and it seemed like things couldn’t be turned around in time for a win.

But in an incredible display of offensive strategy, Kobe Bryant and Shaquille O’Neill inspired the team and with just 8.8 seconds to go the Lakers took the lead and sealed what would be an amazing comeback — securing Kobe Bryant’s place in NBA history as one of the top players in the franchise.

It was one of the those games that seemed like it would play out just as it had started, which was badly. The Kings came to their game against the Bulls with a 12-14 record, and were immediately outplayed, with the Bulls scoring a 35-point lead early on in the game. By the end of the third corner, Bulls fans felt confident that their team couldn’t lose. There was no way that the Kings could come back from this one, this late.

But the Kings turned things around with Ime Udoka scoring 15 points in the fourth quarter alone, driving the team to victory with a 102-98 win at the final buzzer. What a show from the Kings, which will go down in their team history; definitely not a game to be forgotten.

February 1998, and what would turn out to be an NBA Finals preview, the Chicago Bulls came to play on Utah Jazz’s home at the Delta Center. Fans were shocked to see Utah down by 22 points after the first quarter, which got increasingly worse as the game went on to 31.

But with 30 points from superstar Karl Malone and 17 from John Stockton, Jazz managed to crawl their way back for a shocking 101-93 victory and one of the most exciting games ever played in the history of sport. Certainly, one of the greatest comebacks in NBA history.

It was four days before Christmas that the Sacramento Kings took on the Chicago Bulls on the Bull’s own turf at the United Center. And for most of the evening it seemed like they were using their home advantage well, dominating the Sacramento Kings and doubling them up in the first quarter with a 67-43 lead by their break. During the third quarter that lead grew and grew to an impressive 35 points ahead. It looked like they’d secured a solid victory with Luol Deng having scored 26 points and Derrick Rose a solid 24. But then everything changed. In a massive comeback led by Tyreke Evan’s team-high 23 points, the Kings went hard during the second half, outscoring the Bulls by 23 points in the fourth quarter and shocking onlookers and devastating the home fans.

Chicago was unable to take the heat and the away team came out on top by the end buzzer with a final score of 102-98.

A much watch game for any basketball fan, no matter what team you might happen to support in the league.

One of the greatest comebacks of all time in the history of basketball happened one night in November, 1996. Playing in front of their home crowd at the Delta Centre, Utah Jazz began their game against the Denver Nuggets sluggishly after having ridden a seven-game winning streak, giving up 70 points in the first half to find themselves an incredible 36 points behind in the third corner.

It was a low that began to change as they swung back during the second half, outscoring the Nuggets 36-15 in the third quarter and 35-18 in the fourth. Sharpshooter Jeff Hornacek contributed 29 points that night, with Karl Malone shooting successfully 31. They ended this monumental comeback with a final score of 107-103, giving them a streak of eight games won. One for the history books and a game that certainly won’t be forgotten by all those that had the good luck to experience it live. It’s worth a re-watch online to remember the greatness that was one of the best ever comebacks in the history of the sport.

Fri Nov 20 , 2020
Real Madrid – La Liga Gave an update on injuries Zidane. REALMADRID.COM Sergio Ramos and Real Madrid have yet to reach an agreement over a contract extension and Zinedine Zidane has expressed his desire for a new deal to be penned soon for the good of everyone at the club. Los […] 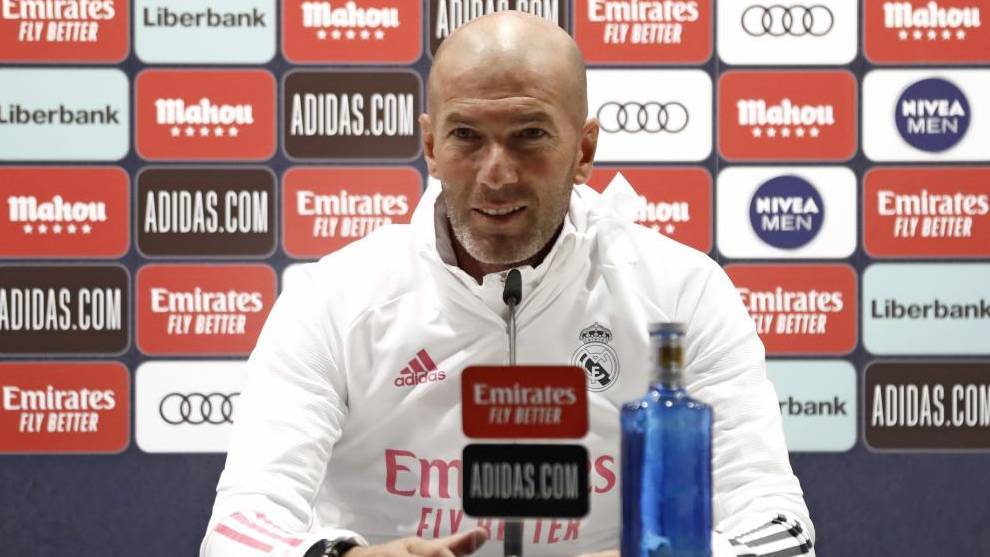