Pep Guardiola suggested that Manchester City produced a performance of potential champions in their win over Chelsea.

City struggled for consistency towards the start of the season, but are building momentum now. They were dominant against a title rival in Sunday’s 3-1 win at Stamford Bridge.

Goals from Ilkay Gundogan, Phil Foden and Kevin De Bruyne in the first half blitzed Chelsea, ramping up the pressure on Frank Lampard.

It was a majorly pleasing night for opposite number Guardiola, who believed his side showed the same qualities that have made them champions twice under his management.

He told Sky Sports: “They press and push in the first minutes, we suffered a little bit because we didn’t concede almost anything except the goal in the last minute. But we play really well.

“The result is excellent at Stamford Bridge but the way we play was really great. You can’t win titles without playing like that.

“Chelsea one of strongest teams, they are suffering from last game but you see the quality of their players and the bench.

“We had a plan – we tried to play like we have in the past and it worked. The players were excellent in every way especially with the ball.

“We cannot play like other teams, we have to play in our rhythm and attack in the right moment. We won titles in that way, more patient. We missed a bit of this tempo and today we had it.

“We don’t have the physicality and quality of players to make quick transitions, maybe Raheem Sterling and Kevin De Bruyne but the others haven’t played with the ball. You create problems and that’s what we have to do.

“From the keeper to the striker we have to put the ball on the grass, make 1000 passes and pick the right moment.”

Asked if things have changed at the club, Guardiola again claimed they have rediscovered their title-winning methods.

He added: “Same manager, same backroom staff, the players are the same and the ideas are completely the same. The way we won leagues and titles and other things is the way we played today.

“The tempo we have missed in the past, today we recovered it.”

One of the goalscorers for City was Phil Foden, who was making his first start since December 15th.

He did so in a more advanced position, and Guardiola noted his versatility as one reason why the future English football will be safe in his hands.

Of the midfielder, he said: “So proud – he never dropped one bit of his energy. He can play up front in all four positions.

“He has a sense of goal, he scored a fantastic goal. We rely on him incredibly.

“For England and the national team, he will be a top player because he’s so clever and calm. He made another great performance today.”

READ MORE: Lampard lists reasons he knew there would be ‘pain’ for Chelsea this year

Sun Jan 3 , 2021
Real Madrid – La Liga Has purchased horse ahead of 2021 Games Sergio Ramos and Sergio Alvarez Moya Sergio Ramos will certainly be watching the Tokyo Olympics if he’s not playing in it, but his eyes will be drawn away from the football event. The Real Madrid defender is a big […] 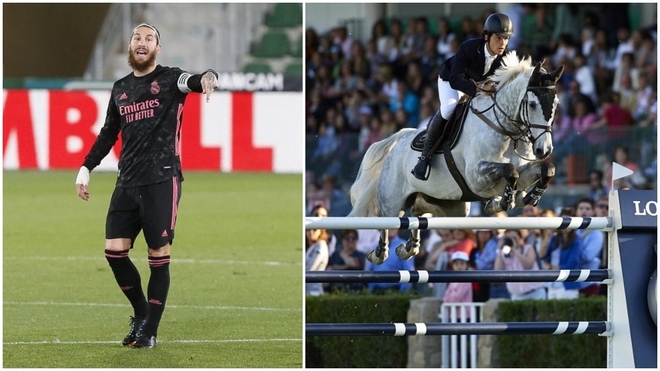