Jose Mourinho has affirmed that everyone at Tottenham is behind Serge Aurier as the defender retakes the field just days after suffering personal tragedy.

The Frenchman’s brother Christopher was shot in the stomach during an apparent dispute outside a Toulouse nightclub in the early hours of Monday morning.

He was pronounced dead on arrival from his injuries at a Toulouse hospital , while on Tuesday an unnamed individual handed himself in to police as the alleged perpetrator of the crime.

Like his brother, the 26-year-old was a footballer and on the books at French fifth division side Toulouse Rodeo, and also enjoyed a trial at Brentford in 2011.

Aurier’s subsequent presence in Wednesday’s clash against Newcastle United was until the last minute uncertain, with Mourinho stating that he had been given permission to travel back to France in order to mourn with his family .

But the right-back was named in Spurs’ first XI, and the manager revealed that he wished to take part prior to leaving for his home nation.,

“Serge Aurier – we would always support his decision. Every person has different ways to face tragedies like this one and he asked to play,” Mourinho explained prior to kick-off on Wednesday.

“Tomorrow he goes to France to see his mum.”

Tottenham’s 2-1 north London derby victory over Arsenal on Sunday saw the club leapfrog their rivals into eighth place in the Premier League standings, while victory over Newcastle could take them up to sixth – good enough for a Europa League berth – should other results go their way midweek.

And while missing out on the Champions League – qualification is now near-impossible given Manchester City’s reinstatement this week – would come as a blow for Mourinho’s charges, he underlined that Spurs are keen to make Europe’s secondary club competition.

“Three points against Arsenal keep us in the fight for the Europa League, we have three matches left and we need points,” the manager added.

“We are a Champions League club but this season went in the wrong direction from day one for many different reasons. The Europa League would be good for us in the end.”

Newcastle United's £300m takeover: Who is buying the club & what transfers are they linked with?

Wed Jul 15 , 2020
Goal brings you all you need to know about the expected Saudi Arabian takeover of the St James’ Park club and the players they could sign Newcastle United could soon have new owners, with a £300 million ($375m) takeover bid under way to take the Premier League club out of […] 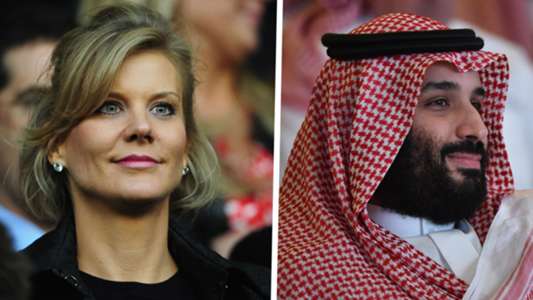