Rafael Nadal’s incredible success at an early age has often been attributed to the skilled hands of his uncle Toni. Contrary to expectations on the eve, the Spanish phenomenon has achieved great success even after the age of 30 and has just equaled the 20 Grand Slam record of his eternal rival Roger Federer.

For the fourth time in his career, the former world number 1 won Roland Garros without giving up a single set, as well as having the satisfaction of demolishing Novak Djokovic in the final. Yet another triumph of the Majorcan in Paris has also rekindled the debate relating to the GOAT, with the two supporters who are back on social networks.

In a recent interview with Marca, Toni Nadal made an interesting comparison between Lionel Messi’s playing style and that of Federer and Nadal. In recent days, rumors have spread that Toni may soon take up a position in the new management of FC Barcelona.

2020 suffered greatly from the absence of Federer, who underwent surgery on his right knee twice, ending his season early. The 20-time Grand Slam champion is expected to make his return to the 2021 Australian Open, Coronavirus permitting.

“Lionel Messi has been the best in the world for 12-13 years, doing incredible things and scoring incredible goals,” Rafael Nadal’s uncle said. “Honestly, I don’t know how you can play better than him.

Is he comparable with Rafael (Nadal)? Rafael is also one of the best in history. It is true that both have followed different ways to reach the top.” Toni Nadal then went on to liken the playing style of Lionel Messi to that of Rafael Nadal’s greatest rival Roger Federer.

However, he reiterated that Nadal’s ability to hit ‘really difficult points’ is not unlike the manifestations of Messi’s genius. “Messi would be similar to what (Roger) Federer regarding the style of play but I think that he is similar to Rafael too,” said Toni.

“Sometimes we see Rafael Nadal and we only see him running. But, Rafael has an amazing ability to hit really difficult points and they are tough to be equaled. So yes, they can be similar in the end.” In fact, Roger Federer and Rafael Nadal have often been compared to Lionel Messi and Cristiano Ronaldo respectively, for the way they have used contrasting styles to scale similarly great heights in their sport.

Novak Djokovic has a chance at matching Federer’s tally of six titles if he can win it this time. However, Roger Federer will always remain the best to compete at the tournament owing to his frequent participation and winning record!

Sat Nov 21 , 2020
The two sides square up at Orlando Stadium in this early stage of a campaign as they both seek to end a lengthy period without winning the PSL crown Orlando Pirates resume their bid to lift the Premier Soccer League (PSL) title for the first time since 2012 when they […] 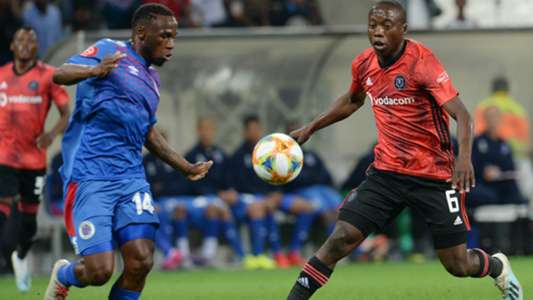