Liverpool loanee Harvey Elliott continued his incredible form for Blackburn Rovers with another assist in their 2-0 win at Birmingham City.

Elliott, who made eight appearances for the Reds in 2019-20, has shown why he is so highly rated since joining the Championship side on loan earlier this season.

The 17-year-old was named in the starting lineup at St Andrew’s and helped the away side take the lead inside the opening 10 minutes, setting up Adam Armstrong with a brilliant defence-splitting pass.

He now has four goals and six assists in his first 18 appearances for Rovers, attracting plenty of plaudits in the process.

“We have to be careful with him because he’s still very young, but he’s almost the go-to man for us at the moment, he’s playing well and getting goals,” former Liverpool winger Stewart Downing told Blackburn’s official website in December 2020.

“The manager’s probably trying to see whether he can rest him at some stage, but you have to play him at the minute.

“He’ll have ups and downs in his career, but he has that quality through a goal or an assist.

“But he’s fitted in so well here, he’s got a good environment around him and the lads all really look after him. It’s important for him to just keep enjoying his football.”

We’ve also rounded up a number of tweets from Blackburn and Liverpool fans following the midfielder’s latest impressive performance.

Harvey Elliott is going to the very top, it’s actually freakish for a 17 year old to have such good vision and creativity

As easy as that. Quality ball from Elliott and a clinical finish from Arma. Love it. #Rovers

Harvey Elliott is going to be something special

Harvey Elliott is genuinely so good, a premier league player already at 17

Harvey Elliott’s can find anyone with a pass, he even found my biological father with one and I’ve never once seen him myself…

Harvey Elliott is going right to the top, man is a fucking baller. 🔥

Another Harvey Elliott assist the boy is special

Harvey Elliott with another assist the boy is a gem 💎 who needs polishing to fine tune his skills pic.twitter.com/ShVA8saEf1

Sat Jan 2 , 2021
NBA Impressive display by the Slovenian Doncic Getty Images After producing several below-par performances this season, Luka Doncic seems to have rediscovered his form after leading the Dallas Mavericks to a 93-83 victory over Miami Heat. The former Real Madrid player finished the game with a double-double, registering 27 points, 15 […] 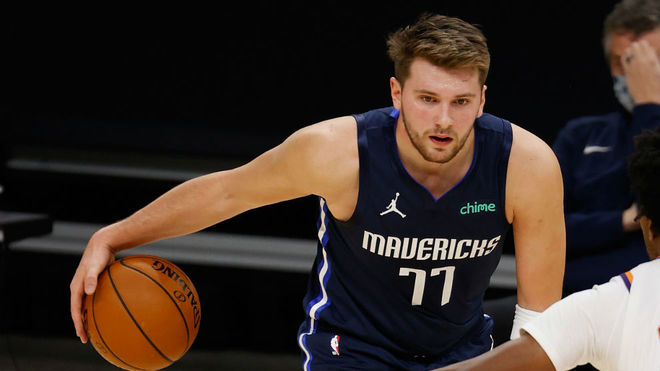