Jurgen Klopp’s strained defence face their first test against Leicester City this weekend, with the Cameroonian out to prove a huge point for the Reds

After having Virgil van Dijk ruled out for the rest of the season — although recent reports have stated the Dutch defender could still feature this term after starting light recovery training — receiving the news of his secondary centre-back missing the rest of the Reds’ title defence was beyond dispiriting.

When you throw in the fact Trent Alexander-Arnold would also be out for a few weeks and Andy Robertson picked up a knock with Scotland, the German was probably cursing his luck.

The injury situation leaves the defending Premier League champions in a spot of bother going into the taxing Christmas schedule with one fit senior central defender, Joel Matip, and a makeshift in Fabinho who, you guessed it, is also returning after his own period on the sidelines.

Having to deal with a glut of important players missing will weaken any side significantly, requiring to be creative in a normal Christmas schedule in English football already poses so many challenges as it is, but to face the current injury problems in a pandemic-hit universe where the games keep coming thick and fast could push Klopp’s troops to the limit.

Indeed, the present worries echos observers’ doubts about Liverpool’s summer transfer business, particularly the logic in letting go of Dejan Lovren after six years at Anfield. Critics didn’t question the decision to let the Croat leave, rather, it was the rationale in leaving an injury-prone Matip as the only senior natural back-up to van Dijk and Gomez that prompted the uncertainty.

Given the foreseen crammed schedule for the top clubs in 2020/21, particularly after the shortened break following 2019/20, it seemed ill-advised to go into an arduous campaign with only three centre-backs, with the third with an open history of injury layoffs.

In Klopp and the Reds’ defence, nobody would have predicted a scenario where their top defenders would be uninvolved for an extended period in the same season. However, that’s the harsh reality facing the two-time Bundesliga-winning manager on Merseyside.

Following Fabinho’s return for this weekend’s clash with high-flying Leicester City, one half of the backline is already assured of a place. With the 2019 Champions League winners down to bare bones, Matip is likely to join the returning Brazil midfield anchorman… but for how long?

The former Schalke player’s troubles with several injuries mean the German boss hasn’t been able to call upon the 29-year-old as often or consistently as he would have wanted since joining in 2016. The 2011 DFB Pokal winner missed a staggering 20 games in all competitions last season through injury, second-highest in his time at the club.

Having missed 10 matches in total in 2016/17, the retired Cameroon international was absent for 22 fixtures the following season. 2018/19 saw the defender uninvolved for just seven games in all competitions and he was essential in the Reds’ domestic and European run-in that saw them narrowly miss out on the Premier League title to Manchester City but pip Tottenham Hotspur on the continent.

Matip featured in all but one of those knockout encounters — the quarter-final first-leg against Porto — and partnered van Dijk in that 2-0 success at Estadio Metropolitano where he set up Divock Origi for the goal that sealed Liverpool’s sixth European success in Madrid.

Without question, the previous campaign’s unavailability would have rankled.

Of course, this comes within the context that last season witnessed the outbreak of the coronavirus, which impacted the sport so much that football was halted for three months from March to June.

Still, the fact that Matip was absent for so many games despite the long pause was telling.

The frustration with the ex-Schalke defender’s 2019/20 was stressed in how he got injured in the first match post-lockdown at Everton, after battling for fitness following a knee injury suffered in October 2019. That game at Goodison Park was his final appearance of Liverpool’s title-winning year, seeing the Cameroonian disappointingly miss out on the home stretch of the campaign.

Sadly for the 29-year-old, the niggles have continued into the new season with Klopp opting to use the experienced defender wisely. However, the unexpected situation with injuries means the passionate manager has to throw the centre-half into the side along with Fabinho for a testing run of games, starting with Leicester.

The pair played together in a goalless encounter with Bayern Munich in February 2019, a match where Liverpool nullified FC Hollywood from creating any meaningful chance en route to Champions League success.

This time will be different, though, as the duo could be utilised for an extended run of games at the heart of the defence with Klopp’s team facing 11 games before the end of the year.

It remains to be seen if the champions then go out and splurge in central defence or bring in a temporary addition on loan once the winter window opens, or whether the German boss backs his current options for the majority of the second half of the testing season as well.

Undoubtedly, the jury’s still out on just how long Matip stays healthy as he looks to defy the recent odds that suggest the current clean bill of health is momentary.

Fri Nov 20 , 2020
The Reds winger is set to face a hectic schedule over the next year or two but it seems his national team will be cautious over his selection Egypt have vowed to discuss Mohamed Salah’s potential selection for the 2021 Olympic Games with Liverpool, insisting that they will not call […] 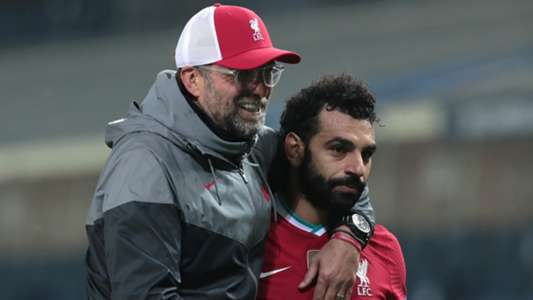