Hansi Flick has confirmed Bayern Munich’s interest Callum Hudson-Odoi, while describing the Chelsea winger as “one of the biggest talents in his position”.

Goal has reported that Bayern are trying to sign Hudson-Odoi on loan from Chelsea before the transfer window slams shut on Monday.

The German champions are prepared to include an obligation to buy in any deal, however a final agreement with the Blues has yet to be reached.

Bayern saw offers for Hudson-Odoi turned down in both 2018 and 2019, but he has slipped down the pecking order at Stamford Bridge under Frank Lampard over the past year.

The 19-year-old featured in just 22 of Chelsea’s 38 Premier League fixtures last season, and only started one game in the post-lockdown period.

The England international is contracted to remain in west London until 2024, but the arrivals of Hakim Ziyech, Timo Werner and Kai Havertz have significantly increased competition for places in Lampard’s squad.

Flick added fuel to speculation surrounding Hudson-Odoi’s future at a press conference on Saturday, as he admitted to being a keen admirer of the talented teenager.

Asked to comment on the Chelsea starlet’s potential switch to Allianz Arena, the German boss told reporters: “I don’t know what will happen.

“But he is one of the biggest talents in his position. So it is normal that a club like Bayern deals with him.”

Flick also discussed Michael Cuisance’s failed move to Leeds United, with the 21-year-old forced to remain at Bayern for another year after failing a medical with the Premier League club.

“The situation is definitely not that easy for him,” he said. “But I told him that we support him.

“He didn’t train today because he doesn’t have a corona test and so he can’t play either. “

Flick was speaking ahead of Bayern’s Bundesliga clash against Hertha Berlin on Sunday, and revealed two key players are eligible for selection again after sitting out Wednesday’s DFL-Supercup final win over Borussia Dortmund.

He added: “David Alaba and Leon Goretzka are back. We’ll have to wait and see with Kingsley Coman, he stopped training today. It’s not exactly ideal, but we’ll have eleven players on the pitch.”

Sat Oct 3 , 2020
Cesar Azpilicueta was forced to step in and stop Tammy Abraham taking a penalty in Chelsea’s Premier League clash with Crystal Palace. The England forward grabbed the ball after Kai Havertz had won his side a second spot-kick of the afternoon, with Abraham keen to get off the mark in […] 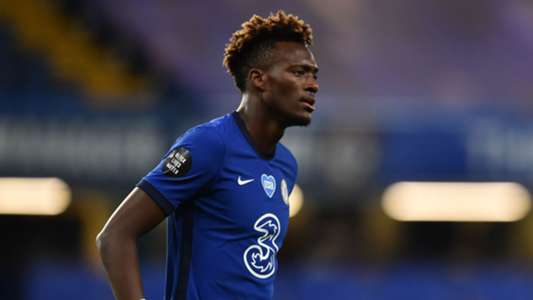