Harambee Stars midfielder Anthony Akumu says he is not coming to “prove anything to anyone” if he gets a chance to play against Zambia in an international friendly scheduled for Friday.

The lanky Kaizer Chiefs midfielder was controversially omitted from the team that played in the 2019 Africa Cup of Nations played in Egypt.

With the absence of captain Victor Wanyama and Johanna Omollo for Friday’s match, many see this as an opportunity for the player to prove his worth, but he has stated it is not the case.

“I am grateful to be part of the team to play Zambia,” Akumu told Goal on Friday.

“Well, I do not want to put myself under unnecessary pressure but my aim is to give absolutely everything if I get a chance to play.

“I am not here to prove anything to anyone, it is just a game of football. May the good Lord help us get a positive outcome [over the Chipolopolo].

The 27-year-old has revealed how he felt after being informed he was not going to be part of the Sebastien Migne’s team to play in the Afcon.

“At the time I felt really bad, it hurt,” Akumu recalls.

“But eventually I healed and everything is okay. That was a big stage where every player wants to be involved but it happened like that. You cannot question God on some things or situations.”

Meanwhile, coach Francis Kimanzi believes the short time for training has been sufficient ahead of the friendly match against Zambia.

Kenya only had three days of training after the government granted them late permission to congregate at the Moi International Sports Complex, Kasarani where they would remain until Friday morning.

“The training we have had in camp I believe is sufficient for the friendly match tomorrow despite the short period of time and the delays caused by Covid-19 restrictions,” Kimanzi told reporters.

Zesco United goalkeeper Ian Otieno echoed Kimanzi’s sentiments, claiming the team is ready although he acknowledged the time was far from being enough.

“I believe the team is capable of delivering a positive result despite training for a very short period of time,” the former AFC Leopards goalkeeper said.

Fri Oct 9 , 2020
The midfielder has gone to France on loan with an option to buy, and his representative says the “conditions are very reasonable” for the move Paris Saint-Germain’s deadline-day signing Danilo Pereira had lost his motivation at former club Porto and needed a new challenge, according to his agent, Daniel Lorenz. The […] 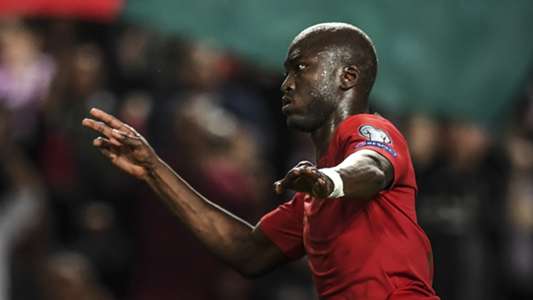