Nicklas Bendtner has opened up on his relationship with Arsene Wenger and his career regrets, insisting he doesn’t blame the ex-Arsenal boss for his failures in north London.

Bendtner began his professional career at Arsenal in 2005, having risen through the club’s youth ranks as a teenager.

He went on to appear in 174 games in all competitions for the Gunners, scoring a respectable 47 goals, despite never quite managing to nail down a regular spot in Wenger’s starting XI.

The ex-Denmark international took in loan spells at Birmingham, Sunderland and Juventus before being sold to Wolfsburg in 2014, where he spent two seasons before returning to English football with Nottingham Forest.

Bendtner went on to play for Rosenborg, Copenhagen, and Danish fourth-division side Tarnby, but was denied the chance to secure a final lucrative payday in China when the coronavirus crisis struck in March.

Having dropped into the free-agency pool at the age of 32 it remains to be seen whether the ex-Arsenal star will be able to find another club, and he has now admitted to having failed to live up to his full potential.

Asked if Wenger could have done more to nurture his talent at the Emirates, Bendtner told The Guardian: “It’s difficult because he could not take the time to just focus on one person.

“I think if I had a strong figure in my background that could have made the difference. But Arsene and I had a good relationship and I have tremendous respect for him.

“I don’t blame him for anything. He was always honest and he understands there are things I did that I’m not proud of.”

Bendtner’s best performances came on the international stage, as he hit 30 goals in 80 outings for Denmark and appeared at the 2010 World Cup and 2012 European Championships.

The veteran forward has also managed to notch 116 goals at club level to date, but he believes he could have reached far greater heights had he not become too distracted by the luxurious lifestyle of being a footballer.

“I had dreams and hopes and I could have done more,” said Bendtner. “There’s definitely some regret I didn’t take my career in a more positive way.

“Looking back definitely [made] me upset because there are moments which were very hurtful and difficult to talk about.

“I became too fond of the lifestyle that came with the money. I want to go back in time and hit that young lad on the head with a hammer.

“Make him understand what a chance it is. That he has something special – something he has to look after.”

Fri Oct 9 , 2020
The jet-heeled Super Eagles forward now has only Joseph Yobo and Vincent Enyeama in front of him in Nigeria’s all-time appearance charts Ahmed Musa surpassed John Obi Mikel as the third most capped Super Eagles player having featured in Friday’s international friendly against Algeria. The 27-year-old replaced Samuel Chukwueze in […] 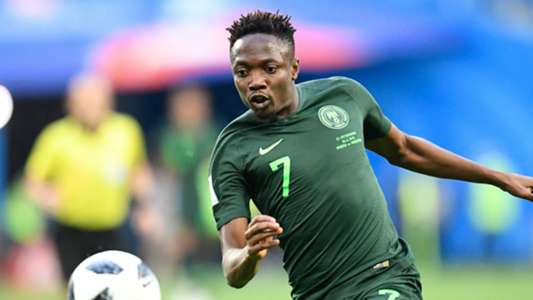