Adrian Rabiot is a “complete player”, according to Juventus boss Andrea Pirlo, who says he has “rarely seen someone so strong both physically and technically”.

Rabiot made his seventh Serie A appearance of the season as Juve secured a comfortable 2-0 victory against Cagliari at the Allianz Stadium on Saturday.

The result ensured that the Old Lady moved up to second in the league table on 16 points, one behind current leaders Milan having played a game more.

Cristiano Ronaldo opened the scoring with a stunning individual effort in the 38th minute, and doubled his account four minutes later when he volleyed home at the back post after meeting a flick-on from a Juan Cuadrado corner.

Juve finished the match having had 24 shots at goal, and Rabiot was the architect of most of their best moments in the final third before being substituted for Weston McKennie with twenty minutes left on the clock.

The French midfielder is beginning to establish himself as one of the most important members of Pirlo’s squad, but the Italian head coach thinks the 25-year-old can reach an even higher level if he develops his self-confidence.

“He is a complete player, I have rarely seen someone so strong both physically and technically,” Pirlo told Sky Sports of Rabiot post-match.

“He doesn’t even know the potential for improvement he can have, and we work on the mental side of things to make him understand that he is a champion. He is improving game after game.”

Eusebio Di Francesco was also impressed by Juve’s technical prowess on the ball, with the Cagliari boss admitting the home side possessed too much quality for the visitors to play their own game.

“The idea had been to press Juventus and attack them, but their superior quality pushed us back, they kept forcing us deep and at the end of the day that will eventually lead to a goal,” Di Francesco told DAZN.

“We had a slightly different identity after the break, but they adjusted too and because dangerous on the counter-attack when we made errors in transition.

“The intention was not to come here and defend in search of a point, we were pushed back and had to deal with that situation from there.

“Paradoxically, we ran more risks of conceding in the second half when we attacked them more, because the spaces opened up behind us.”

Juve and Rabiot’s next chance to shine will come when the Old Lady face Ferencvaros in a Champions League stage encounter on Tuesday night.

Pirlo’s men are currently sitting second in Pool G on six points, three behind leaders Barcelona after winning two and losing one of their opening three matches.

The Bianconeri are due back in Serie A action away at Benevento four days later, with the fixture list continuing to pile up amid the coronavirus crisis.

Sun Nov 22 , 2020
Atletico Madrid vs Barcelona – LaLiga Barcelona slip nine points behind Chema Rey Diego Simeone has been hugely successful during his time at Atletico Madrid, both in European competition and domestically. However, a LaLiga Santander victory over Barcelona was still something he hadn’t ticked off – until Saturday night when they […] 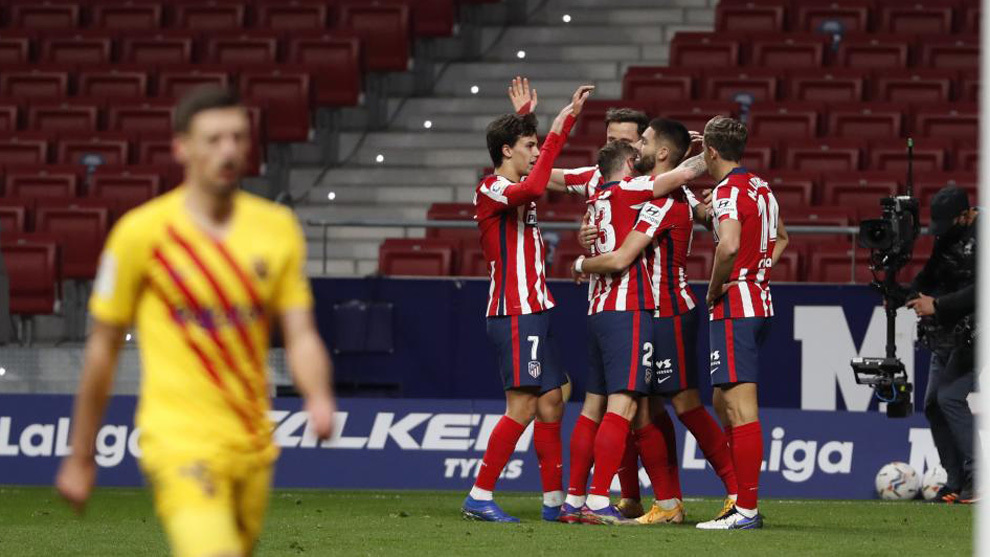