World No. 1 Novak Djokovic claimed he didn’t play bad in the third set tie-break but rather Dominic Thiem played an “unreal tennis” and that was the main reason why the Serb was sent out packing out of the Nitto ATP Finals.

Djokovic, who was aiming to lift his sixth Nitto ATP Finals title this year, was edged out by Thiem in a thriller as the Austrian won 7-5 6-7 (10) 7-6 (5) to progress into the final at The O2 Arena. Djokovic saved four match points in the second set tie-break, before converting his own fourth set point to force a decider.

Djokovic appeared to be cruising toward a big comeback win as he led 4-0 after the opening four points of the third-set tie-break. Shockingly, Djokovic then dropped the following six points as Thiem took a 6-4 lead, before he realized his fifth match to claim a huge win.

“Well, yeah, I mean, what he did from 0-4 in the third-set tiebreaker was just unreal. I mean, I don’t think I played bad,” Djokovic said after the match, per Metro UK. “Actually, I made both of my first serves, actually all of my first serves.

I thought, you know, I was very close to win it. Yeah, I mean, he just took it away from me. “But he deserved it, because he just went for it and everything worked.”

Djokovic, a 17-time Grand Slam champion, gave credit to Thiem for the way he stepped up in the third-set tie-break.

I mean, I have to put my hats down and say, Congratulations. “I actually didn’t play bad any point after 4-Love. I thought I was, every point, I was in it. I did hit the ball, I was not pushing it, but he just, yeah, he smashed it and he just played great.”

Sun Nov 22 , 2020
A second-half strike from the Ajax loanee was all the Blue-Black needed to get past Yves Vanderhaeghe’s side KV Kortrijk extended their winless run in the Belgian top-flight to four following Saturday’s 1-0 defeat to Club Brugge. Noa Lang’s goal on the hour mark gave Philippe Clement’s men the maximum […] 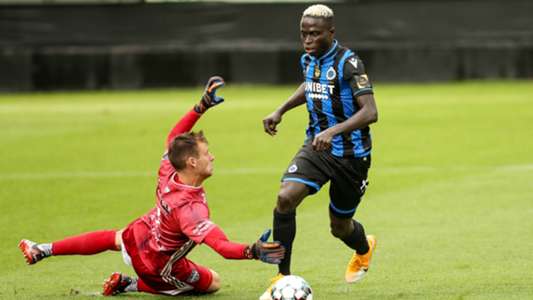