Luis Suarez has hit out at Barcelona’s board for how they handled his departure, saying he only discovered he wasn’t in the club’s plans when he saw the news in media reports.

After he took over as Barcelona head coach, widespread reports suggested that Ronald Koeman did not have the Uruguayan forward in his plans, forcing Suarez to scramble to find a new team.

Speaking to ESPN, the 33-year-old said he wasn’t happy to have learned of his likely Barcelona departure along with the rest of the world, rather than being told by someone at the club.

“What they did hurt me and my family a lot,” Suarez said. “Their form and manners were not correct.

“The moment they told me [I wasn’t in their plans], I confirmed what I saw in the press, what other people told me. No one from the club had told me anything until the coach’s call.

“Koeman called me to tell me that I was not in his plans when I had already known what was going to happen 10 days before.

“I spent six years at Barcelona and I always said that the club needed a young forward. They never brought anyone who could compete with me. Forwards have streaks and moments. I deserved at least that before I found out from the press that they didn’t want me.

“I had a lot of uncertainty, because I had to go to train. I told Leo [Messi] that I knew what they were going to do to me. I was going to train happy, but I returned home sad.”

Given his sour relationship with the club, Suarez was asked if he would celebrate a goal if he scored against the Blaugrana. The Atletico man said he wouldn’t celebrate wildly, but he might choose to send a message to the club’s board instead.

“If I scored against Barcelona, I would not yell or go crazy, but I surely would point somewhere,” Suarez said.

Suarez will get his first chance to take on his former club when Barcelona visit the Wanda Metropolitano on November 22.

Fri Oct 9 , 2020
The England international forward has continued his campaign to fight child hunger as he is set to be honoured by the Queen with an MBE Marcus Rashford hopes to speak directly to Prime Minister Boris Johnson about extending the program offering free school meal vouchers, as the Manchester United star prepares […] 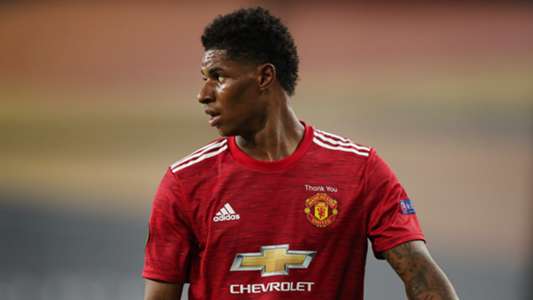