The Swedish superstar is top of the scoring charts in Italy at 39 years of age, and shows no signs of slowing down

Roma legend Francesco Totti has paid tribute to Zlatan Ibrahimovic’s longevity, saying the AC Milan forward can play until he is 50 years old.

Ibrahimovic has confounded his detractors since returning to Serie A with Milan in January. With eight goals in five league games so far this season, the 39-year-old has been the key figure in his side’s early title challenge, with Milan two points clear at the top of the table after seven games.

Totti was speaking to Ibrahimovic at the launch of an autobiography by Bologna coach Sinisa Mihajlovic, who played for Roma in the 1990s and managed Milan from 2015-16.

Totti and Ibrahimovic never played together, but Mihajlovic was certain about what would have happened if they had.

“Zlatan with Totti in the team would have scored at least twice as many goals, but so would Totti,” Mihajlovic said.

Ibrahimovic is closing in on 500 club goals in his illustrious career, and Totti doesn’t expect to see him stop any time soon.

“Zlatan could play on one leg. He could go until he’s 50 at this level. Seeing you play is a pleasure. The physical strength, the technique, the plays that people never expect. I am proud to see you again on the pitch.”

Serie A is proving a happy hunting ground for veteran forwards this season, with Ibrahimovic top of the scoring charts and 35-year-old Cristiano Ronaldo in second.

Totti, meanwhile, played for Roma until he was 40. His career might not have endured if he had taken the advice of then-director of football Walter Sabatini, who also spoke at Mihajlovic’s event.

“Many years ago, I said that Totti was like the light on the roofs of Rome at sunset – a light that does not want to die,” he said.

“He was a great player all the way. When I was there, there were difficult times. I have a great regret: I told him to stop playing, because I was afraid to see him in decline.

“I would have been sorry to see him going towards the end on the pitch. On reflection, I was talking bullsh*t. Because he played and he was still having fun. Sorry Francesco, that was one of the mistakes I have made in my life.”

Sat Nov 21 , 2020
Atletico vs Barcelona – LaLiga Barcelona win when he starts Pjanic, against Dinamo Kiev. Francesc Adelantado It’s all or nothing for Miralem Pjanic at Barcelona. The Bosnian is faced with a huge opportunity at the Camp Nou to take Sergio Busquets’ position after the Spain international picked up an injury to […] 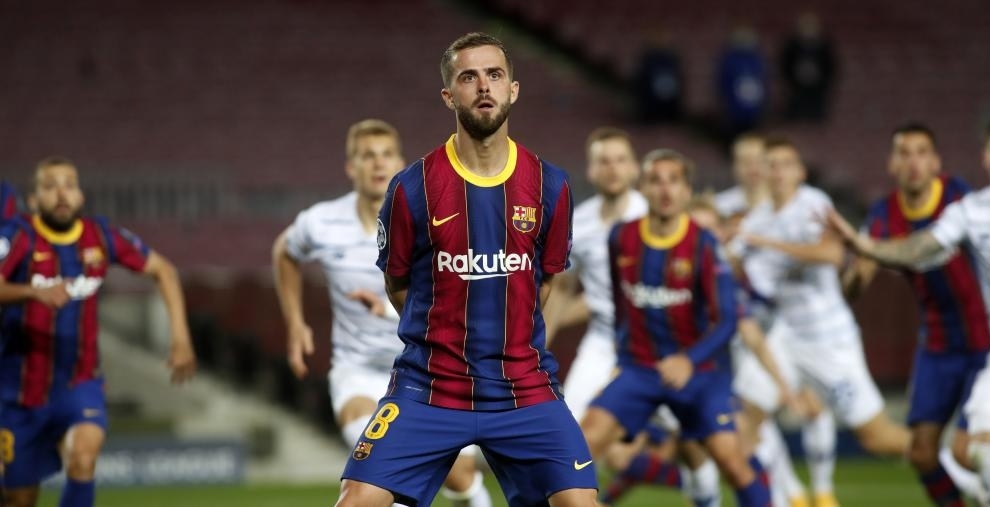