Jose Mourinho suggested that Manchester United were not in a position to complain about their VAR misfortune after Tottenham routed the Red Devils 6-1 at Old Trafford.

The former Red Devils boss saw his Spurs side ride roughshod over a woeful performance from the home side, who suffered their joint-worst home Premier League defeat in history.

The hosts had snatched an almost immediate lead following a second-minute Bruno Fernandes penalty but the visitors responded in quick succession to take the lead well inside the opening quarter-hour thanks to efforts from Tanguy Ndombele and Son Heung-min.

United’s problems were compounded on the half-hour mark though when Anthony Martial was shown a red card for an apparent retaliation to receiving an elbow from Erik Lamela, in the wake of which Harry Kane piled on more misery with a third goal.

Controversy reigned from the decision, which saw Lamela escape without punishment despite clear replays suggesting he was the instigator, but speaking after the match, Mourinho suggested that his old side were not in a position to complain about the outcome given their own fair share of assists from VAR technology.

“I didn’t watch it. Maybe later I will. If someone can cry about the VAR decisions it is Tottenham and if someone cannot cry about VAR it is Manchester United for sure,” he told Sky Sports .

“I don’t know, the only thing I know is we played extremely well. I told my players that a good result here would be to win and we did that.”

The Portuguese was filled with effusive praise for his side’s rampant performance however, who doubled their early haul through second goals for Son and Kane plus an effort for Serge Aurier, hailing it as a “historical” result.

“Manchester United doesn’t lose many matches, [and] to lose by six is of course not every day,” he added.

“[It’s a] historical victory but in the end [it’s] three points and three very important points because we lost five points at home.

“We prepared ourselves very well tactically and also psychologically, the team was ready. So ready that a penalty in the first minute and going 1-0 down did not affect the team at all.

“Some people can say you play against 10 men for a long time which is true but for me it is also true that 11 v 11 we were playing extremely well, we were creating huge problems, we were winning 2-1 and they could not find solutions to control us.”

Dele Alli made his first Premier League appearance since the opening-day defeat to Everton, coming off the bench in the second half having only played a couple of Europa League qualifiers since the loss to the Toffees.

The England midfielder had been linked with a move to Paris Saint-Germain but Mourinho insists Alli has always been part of his plans.

“He has never stopped showing, I always said that I never had a problem with him. Very polite, very educated, always behaving well. He is training well, sometimes I want different things from him on the pitch,” he further added.

“That is more about his qualities as a player than other things. He is a fantastic player as everyone knows.”

Sun Oct 4 , 2020
Matteo Guendouzi is closing in on a loan move to Hertha Berlin, Goal can confirm. Arsenal have spent the summer trying to get the midfielder out following the breakdown in his relationship with manager Mikel Arteta. There have been tentative enquires from several clubs, including Marseille and Paris Saint-Germain, but […] 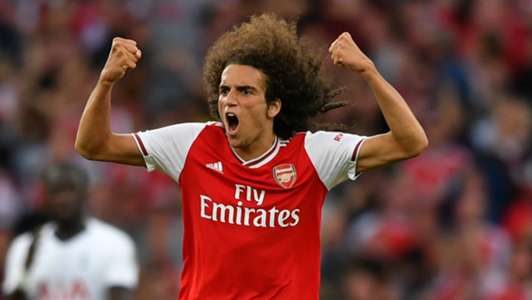