2020 will be remembered as one of the most troubled seasons in tennis history, especially due to the Coronavirus emergency that has brought almost the whole world to its knees. The ATP circuit was also heavily affected by the absence of Roger Federer, who only played in the Australian Open before undergoing two operations on his right knee.

The former world number 1 has decided not to force recovery times by closing his 2020 early, with the aim of returning to 100% form for next year. If all goes well, the 20-time Grand Slam champion will make his return to the Australian Open to the delight of his countless fans.

Thanks to the new ranking system induced by the pandemic, Federer has maintained a place in the Top 5, a very encouraging news in view of the first Slam of 2021. During the ‘Champions Chat’ with Bjorn Borg last Sunday, the 39-year-old from Basel has retraced the origins of his career.

Federer on the beginning of his career

Roger Federer was not the calmest player on the court when he was a teenager, and the Swiss admitted he regrets his temper tantrums from his early days. “I’ve had some major meltdowns,” Roger Federer said.

“Mostly angered by myself. I’m seriously disappointed by the handshakes I gave back in the day.” The 20-time Grand Slam champion didn’t have the kind of success as a teenager that Bjorn Borg and Rafael Nadal did, and he believes his temperamental nature is to blame for that.

Over the years the Swiss did learn to become more even-keeled on the court, but he pointed out that Borg developed his ice-cold nature much earlier. “I think Bjorn and I have been similar that way, the exception being that he figured it out at early on in his teens and it took me much later to understand what it means to be a champion.

That is why Bjorn together with Rafa (Nadal) are the best teenage players in the history of our game,” Federer said. “I just needed more time to figure things out. How to handle the pressure, like TV and spectators in the stadium, and understand what respect for the game meant.

People often ask me how I’m so calm and composed because they only know of me since my first Wimbledon win in 2003, but the years before that were the really interesting ones,” he added. 2002 was the first time Roger Federer broke into the ATP Finals scene.

Leyton Hewitt and Andre Agassi dominated the calendar winning five titles each. But Federer wowed everyone at the ATP Finals with a 3-0 record in the round-robin but he fell valiantly in the semi-finals. “Qualifying for the Tennis Masters Cup (that year) was a huge deal,” mentioned Federer.

“It opened my belief that I could beat the best baseline players from the baseline. 2003 was a true breakthrough tournament for me at the time”.

Sat Nov 21 , 2020
Atletico vs Barcelona Griezmann starts against former club Antoine Griezmann starts as Barcelona take on his former club, Atletico Madrid, in LaLiga Santander on Saturday night. The Frenchman has been included in Ronald Koeman’s starting line-up at the Estadio Wanda Metropolitano alongside Lionel Messi, Ousmane Dembele and Pedri in attack. There […] 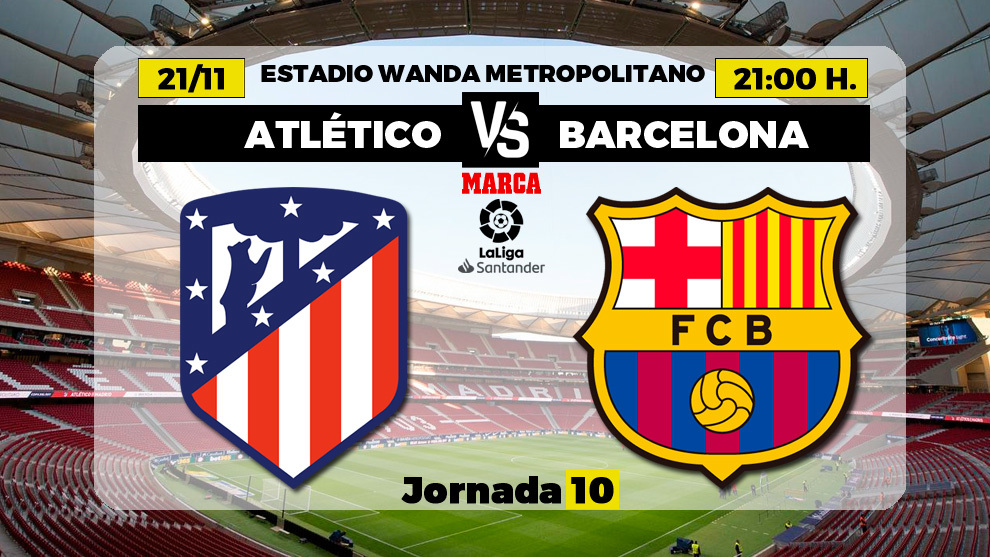