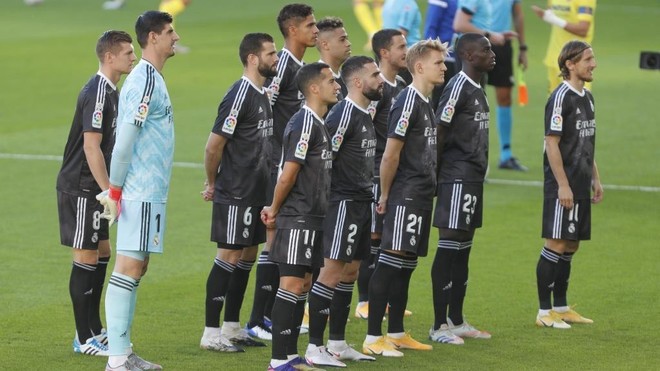 A good part of Real Madrid’s European campaign – and therefore their entire season – hangs in the balance ahead of Wednesday’s trip to the Stadio Giuseppe Meazza for a Champions League showdown against Inter.

A victory would be a huge advantage for Los Blancos, who currently sit third on four points, in what is an extremely tight group where everything is still to play for. Zidane’s side secured all three points against the Nerazzurri in Madrid in what was a much-needed lift, but if they stumble again the consequences could be severe. These are the seven key factors going into this pivotal match in Real Madrid’s season.

Not so long ago, Real Madrid’s success was built upon their defensive strength. In the season following Cristiano Ronaldo’s departure to Juventus, Zidane channelled the Italian influence from his own playing days at Juve, and the new focus on the defensive end compensated for the diminished offensive production in Cristiano’s absence.

In the first full season of his second spell as head coach, Zidane’s team conceded just 43 goals in 51 games, an average of 0.8 per game. This season, they have already let in 17 in 12 matches, an average of 1.4 per encounter. The difference is clear, but the onus lies not only with the defence but the whole team to press more consistently.

Real Madrid also have issues at the other end of the pitch, only averaging 1.8 goals per game this season, which is just a bit higher than the average for goals conceded, which is an obvious concern.

Cristiano Ronaldo’s departure is still being keenly felt, with only Karim Benzema able to put up convincing goalscoring numbers since Cristiano left the club. The French striker can be relied on, but it’s not enough and no other attacker has stepped up to help fill the void left by the Portuguese forwrd, evidenced by the fact that Sergio Ramos is the next highest goalscorer in the post-Cristiano era – something that needs to change.

Real Madrid played in Villarreal without Sergio Ramos, Casemiro and Karim Benzema, three important pieces in their system. The latter two have a good chance of making the game in Milan, but Ramos’ presence is more unlikely.

Their absence was keenly felt in both attack and defence at the Estadio de la Ceramica, and having at least one or two of them available against Inter could make all the difference.

Injuries have prevented the Belgian winger from replicating his Chelsea form in a Real Madrid shirt, but the qualities he has and his ability to make a difference are well known. If Hazard could start to become the player he was expected to be when joined Los Blancos in the summer of 2019, it would go a long way to alleviating Real Madrid’s problems.

The best news Los Blancos have had in recent weeks was the return of Dani Carvajal to the right side of the defence. His winning mentality and aggressive play at both ends of the pitch are much needed, especially in the absence of Sergio Ramos.

We’ve mentioned Real Madrid’s defensive woes and part of that is the ease with which they have been conceding penalties – four in the last two games alone, and all of them resulting in goals against Courtois, who is not exactly a specialist in this department.

For context, last season Los Blancos only conceded two penalties, although Courtois did save one of them, and clearly returning to that solidity would be a huge help.

Many of the players who will take to the field on Wednesday will be the same ones who did so a little more than two years ago in Kiev, when Real Madrid lifted their 13th European Cup with a victory over Liverpool.

That experience and the hard-fought road to that final should serve this group well going into the game against Inter. It would do them well to remember what they have achieved and regain some of the self-esteem they have earned in this competition.

Sun Nov 22 , 2020
Wesley Koolhof and Nikola Mektic finished their team debut season with their first title on Sunday, as they beat Jurgen Melzer and Edouard Roger-Vasselin 6-2, 4-6, 10-5 to claim the Nitto ATP Finals trophy. The fifth seeds, who joined forces at the Adelaide International in January, won 61 per cent […]