Jamshedpur FC will eye their first-ever play-off berth in the 2020-21 Indian Super League (ISL) after missing out on a top-four finish in its three-year history so far. They finished eighth last season after two fifth-place finishes.

Last year’s ISL runner-up in Owen Coyle was roped in as the head coach, after he dramatically led Chennaiyin to the final after languishing at the bottom in the league phase at one stage. The club has made some interesting signings for their new campaign.

The shotstoppers who have been handed the task to fill in the void are TP Rehenesh from Kerala Blasters and Pawan Kumar whose last stint was at NorthEast United. The other options are in the form of Niraj Kumar, Raj Mahato and Vishal Yadav – all in their teens.

Coming in on a two-year deal, Pawan Kumar has seen better days when he was an instrumental figure in NorthEast United’s maiden run into the play-offs in ISL season 5 where he kept six clean sheets with 35 saves from 16 appearances.

However, he would play as the second choice goalkeeper under Robert Jarni who preferred Subhasish Roy Chowdhuy in between the sticks in the recently concluded season wherein the Gurdaspur-born custodian conceded six times in two games – the last being a 5-1 drubbing at the hands of Hyderabad FC.

The 30-year-old, who started his professional career 10 years ago with JCT FC, has no doubt won the I-League and Federation Cup with Bengaluru FC (now in the ISL), but there also he was benched for an entire season when Lalthuammawia Ralte made his way in.

Kumar would boast of two ISL titles with Chennaiyin FC, but in his entire three seasons at the club, he made just the one appearance in a 1-0 win over Mumbai City. That makes an average of barely four games in his five-year experience in the ISL compared to the outgoing Subrata Paul. Paul averages close to 15 league matches in all the editions of the ISL and 16 with Jamshedpur in the last three years with 13 clean league sheets.

On the other hand, Rehenesh TP was particularly impressive in the inaugural season of the ISL where he kept five clean sheets in 12 appearances out of the 18 matches for NorthEast United. But that campaign also happens to be the only season in the league when he conceded an average of less than a goal thus far.

That performance earned him a permanent contract at the Highlanders. He also had loan spells at Shillong Lajong and East Bengal for two successive seasons in the I-League before he joined Kerala Blasters last season. But he put in below par performances from 13 ISL matches in which Kerala conceded 25 goals. Rehenesh managed to keep only two clean sheets and had made 23 saves in total.

His last outing saw ended in a 6-3 defeat at the hands of Chennaiyin FC for Kerala Blasters in front of their home support at Kochi. In his last three appearances, he conceded as many as 12 times. However, to be fair, it was only in this campaign that his save percentage dropped from an average of around 70 percent from his previous five seasons at NorthEast United to 47.91 percent in a year to forget with the Blasters.

The 27-year-old will have to revive his confidence with a strong start at Jamshedpur but for which he has to prove himself above Pawan Kumar who has been handed the number one shirt.

Who among Kumar and Rehenesh will start in Jamshedpur’s opener against Chennaiyin FC on November 24 will be interesting to watch and it remains to be seen who grabs the opportunity presented.

Mon Nov 23 , 2020
The Toronto Raptors have agreed to bring Chris Boucher back on a two-year, $13.5 million deal, Adrian Wojnarowski of ESPN reports. Boucher, who grew up in Canada, has been a productive reserve in his limited opportunities with the team the past two seasons. Boucher, 27, averaged 6.6 points and 4.5 […] 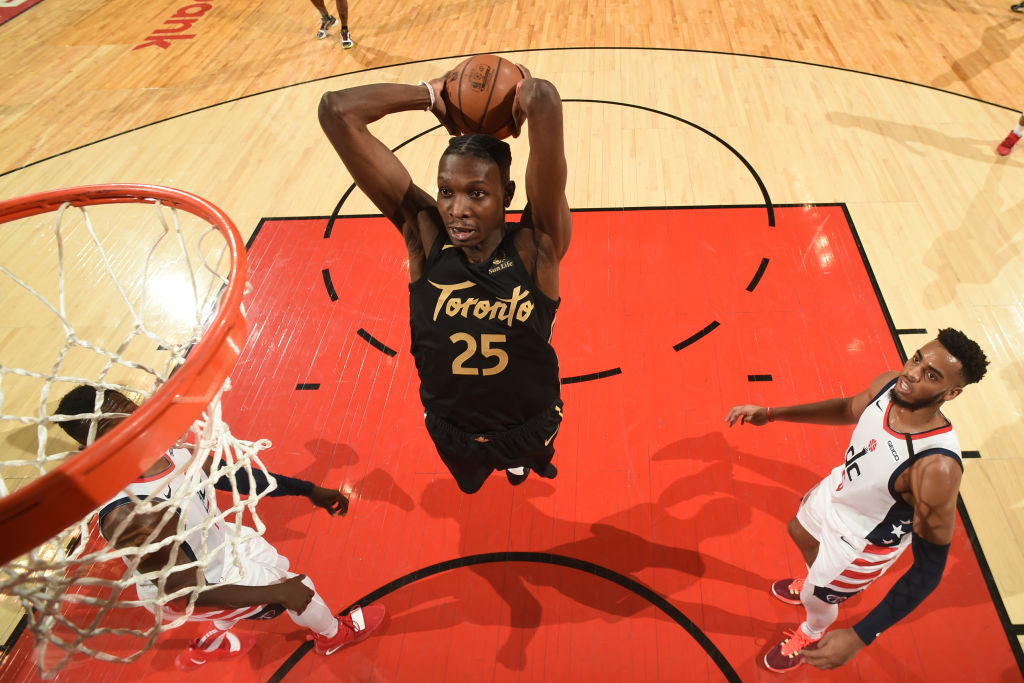