Jamshedpur FC head coach Owen Coyle will be the second manager in the Indian Super League (ISL) after ATK Mohun Bagan’s Antonio Lopez Habas to arrive in India on Thursday.

Coyle will be accompanied by his coaching staff, Lithuanian forward Nerijus Valskis and English defender Peter Hartley and they will reach Goa on Thursday morning. They will self-quarantine themselves for 14 days before kicking off pre-season training.

Owen Coyle’s son Owen Coyle Junior had posted a farewell message for his father before he left for India.

Best of luck to my best mate who fly’s out to #GOA tomorrow ahead of the new @IndSuperLeague season as he starts his new adventure with @JamshedpurFC. See you in 5 months, if not sooner. 👊🏽❤️ pic.twitter.com/JoqhqohVwK

The Indian players of the club have already reached Goa and are in self-isolation. This is indeed good news for the club faithful.

The Men of Steel have made quite a few quality additions to their squad this season. Aside from hiring Owen Coyle, they also managed to rope in Chennaiyin’s star striker and ISL’s Golden Boot winner Nerijus Valskis.

Defender Tiri left the club to sign for ATK Mohun Bagan but the Men of Steel have brought in Nigeria’s Stephen Eze and former Motherwell FC skipper Peter Hartley to guard the heart of the defence.

'I am not oblivious to errors' - Southgate opens battle for England No 1 between Pickford, Henderson and Pope

Wed Oct 7 , 2020
The Three Lions have opted for the Everton goalkeeper in big games, but his form has dipped and the Burnley and Manchester United stoppers are in line Gareth Southgate has declined to back Jordan Pickford as his No 1 for England, opening the door to Manchester United’s Dean Henderson and […] 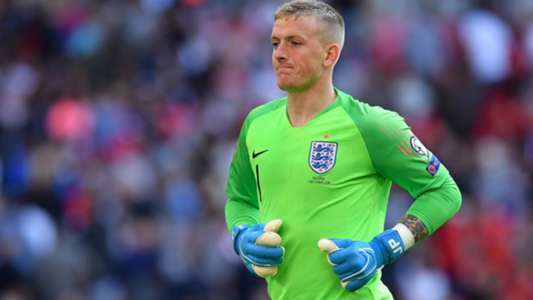