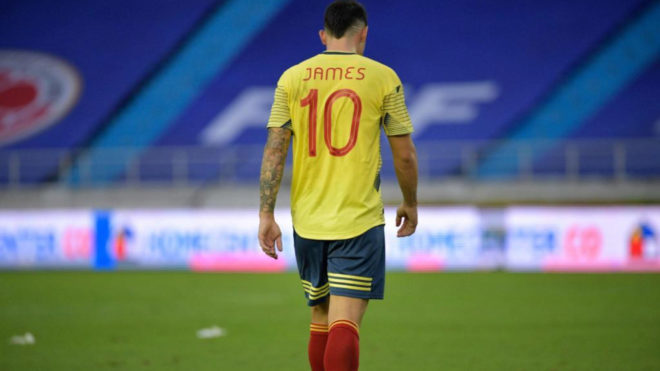 James Rodriguez has experienced a two-week nightmare with Colombia during the latest international break, not only suffering two defeats but criticised for his level of performance as well as accusations of arguments with teammates and coach Carlos Queiroz.

It began with the defeat to Manchester United with Everton on November 7, with the playmaker not having his best game and his club entering a disappointing run of form after a great start, but heading off for international duty with Colombia is usually a welcome change of environment for the former Real Madrid man.

Idolised back home and the outright star of the side, James tends to turn it on at the right time for Colombia, but this time it didn’t quite go that way. A 3-0 defeat to Uruguay, in which James failed to turn in a good display, saw the start of an unexpected fortnight for the midfielder.

The next game against Ecuador was the chance to put things right and there was full expectation in the country that they would pull through, yet it ended in disaster as they lost 6-1, a defeat which will be talked about for a long while later. James scored from the spot but his performance was as poor as that of the rest of his teammates. Then, to make matters worse, Blu Radio dropped the bombshell that there had been a fight in the Colombian dressing room after the game.

Caracol Radio went further and accused James and Jefferson Lerma of being the main actors in the incident, which caused a major stir in Colombia. James took a while to speak out but eventually did, denying that there had been any fight of any kind with Lerma, insisting that he’d even be proven right in the court of law if needed. James is going through a tough situation ahead of his return to England, and with little time to dwell on it with a game coming up on Sunday against Fulham.

But there are yet more problems, as he has also fallen out with coach Carlos Queiroz after the former Manchester United assistant took the captain’s armband off James and handed it to David Ospina. These last two weeks are up there with the most difficult periods of James’ career. Just after seemingly getting his club career back on the right track, he now has a similar challenge back home.

Fri Nov 20 , 2020
The striker sat out international duty with an injury but his manager says there is a chance he could feature this weekend against the Baggies Manchester United are hopeful Marcus Rashford will be back in action against West Brom this weekend despite missing the international break fixtures with a shoulder […] 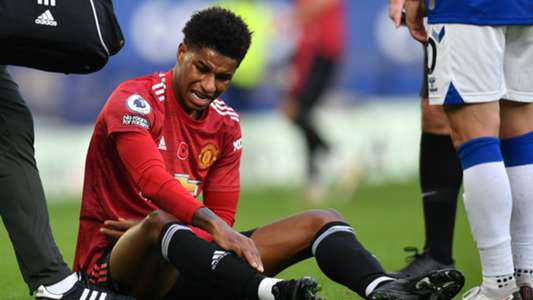