Competing in only his fourth Major, the 19-year-old Jannik Sinner is through to his first quarter-final, beating Alexander Zverev 6-3, 6-3, 4-6, 6-3 in three hours. The German reached the last eight in Paris in the previous two years, giving his best today but finishing on the losing side after battling with both Sinner and cold that has been bothering him for two days, taking a lot of energy from him.

The Italian has shown his rich talent at Roland Garros, becoming the youngest Major quarter-finalist since Novak Djokovic here in Paris in 2006. Also, Sinner is the first player to reach the last eight on his debut in the French capital after Rafael Nadal in 2005, having a chance to play versus the 12-time Roland Garros champion in the next round.

Nothing could separate Sinner and Zverev in the shortest and mid-range exchanges, with the younger opponent dominating the most extended rallies to forge the triumph in four sets. Jannik delivered more efficient numbers behind the second serve, spraying 56 unforced errors but hitting more winners than the German who opted to stay behind.

Alexander converted two out of eight break opportunities, suffering five breaks from six chances offered to Sinner, falling in four sets despite a solid effort considering the circumstances. The Italian drew first blood in the fourth game when the German netted a forehand, fending off three break chances in the next one to forge a 4-1 advantage.

Zverev held at love in games six and eight, with Sinner serving for the opener at 5-3. Jannik faced two break points in that ninth game, saving them and sealing the opener with a forehand winner after 42 minutes. Jannik lost five points behind the initial shot in set number two, delivering two breaks for 6-3.

A teenager placed a deep return for a break in game three, providing another one at 5-3 to move closer to the finish line.

Jannik Sinner is the youngest Major quarter-finalist since 2006.

Eager to give his everything, Alexander broke in the first game of the third set before Jannik pulled the break back at 2-3 to level the score.

At 4-4, Sinner hit a double fault to give serve away, seizing the sixth set point on his serve a few minutes later to force set number four. Sinner grabbed a break in the second game thanks to a loose backhand from Zverev, repelling a break chance in the next one after an excellent point to confirm the advantage.

That was the last break point of the match, with both players serving well until the end. Serving at 5-3, Jannik forced an error from Alexander to seal the deal and advance into the quarters.

Nigeria striker Chinonyerem at the double as Bobruichanka thrash Bostor

Sun Oct 4 , 2020
The Nigerian forward was on target twice as her side humiliated their hosts in Sunday’s Belarusian top flight encounter Macleans Chinonyerem grabbed her second brace of the season for Bobruichanka as they secured a 5-0 victory over Bostor in a Belarusian women’s top flight encounter on Sunday. The striker has […] 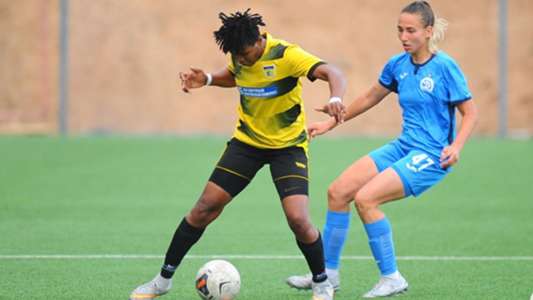