Dominant Wekundu wa Msimbazi ran riot away from home and came out with three points, taking their tally to 13

Kagere just took three minutes to score his third league goal of the season as he made another start in the absence of John Bocco.

Simba broke the deadlock with much of the work being done by Rally Bwalya. The Zambian worked his way on the right-hand wing, cut in before unleashing an aerial ball that Kagere met to head home.

Bocco had been seen as the preferred centre-forward by Sven Vandenbroeck, but the absence of the captain forced the Belgian to field the two-time Premier League Golden Boot winner. The Rwandan, despite numerous allegations of the frosty relationship with the coach, has shown his ruthless effectiveness in front of goal.

Mugalu, who has also been another source of goals for Simba since getting regular playtime, scored the second for the champions three minutes after his offensive partner Kagere had opened the score. The goal marked the third for the Congolese forward in the Premier League.

Mugalu headed into the top corner after he rose to connect with a cross delivered from the left-hand corner by Miquissone. The star is enjoying a good start as a Simba and has now scored five goals in five matches.

Just five minutes before the half-time whistle, Kagere returned and marked his name on the scoresheet once more as he earned a brace.

Much credit for the goal has to go to Clatous Chama – the 2019/20 Most Valuable Player (MVP) – for creating space with clever turns in a crowded area before putting the ball on Kagere’s path.

The former Gor Mahia star unleashed a powerful left-footed strike that goalkeeper Patrick Muntary had no chance of stopping.

After assisting in the making of the second goal, Miquissone found the back of the net with a long-range strike launched from the right wing in the 54th minute. The former UD Songo striker collected a rebound that resulted from a blocked Kagere strike to add the fourth for the 2020 treble winners.

Simba will now focus on the next match against Tanzania Prisons while JKT will entertain Ruvu Shooting on October 10.

Sun Oct 4 , 2020
The Brazilian has backed the host of new arrivals at the club, including Ruben Dias, Nathan Ake and Ferran Torres, to prove crucial in the title race Manchester City captain Fernandinho has outlined the value of fresh faces among the playing squad the Etihad Stadium as the Blues look to reassert […] 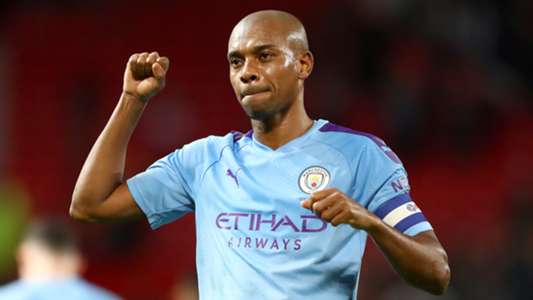