Kevin Garnett was without question one of the greatest players of his era. In the ’90s and 2000s, there were few big men capable of playing at his level, let alone matching the energy and passion that be brought to the game.

Garnett recently joined Complex’s “Load Management” podcast, saying that the bubble would have never worked back then.

“To be honest y’all, we could never play in the bubble. You know how much I’ve been screaming during your shot ‘Get that s**t out of here’? You could’ve heard me in here. Man they’d of had a bunch of censors. Couldn’t have all these cameras, you know…That’s a different league. We were men, yo.”

There’s no question that the league has changed over the past decade. The three-point shot is king and the physicality of play has been lessened with changes in rules and officiating. According to Garnett, the amount of trash talk and on-court chatter was at a different level in his era as well.

Known for being vocal on the court, Garnett backed his talk up with his play. The Hall of Famer was a 15-time NBA All-Star who averaged 17.8 points and 10.0 rebounds per game over the course of his career.

LeBron James Is At A Different Level In Series-Ending Games

Mon Sep 28 , 2020
LeBron James was at a different level in Game 5 against the Denver Nuggets on Saturday, in a win that advanced the Los Angeles Lakers to the NBA Finals. He finished with 38 points, 16 rebound and 10 assists, including 16 points in the fourth quarter. According to Elias Sports, […] 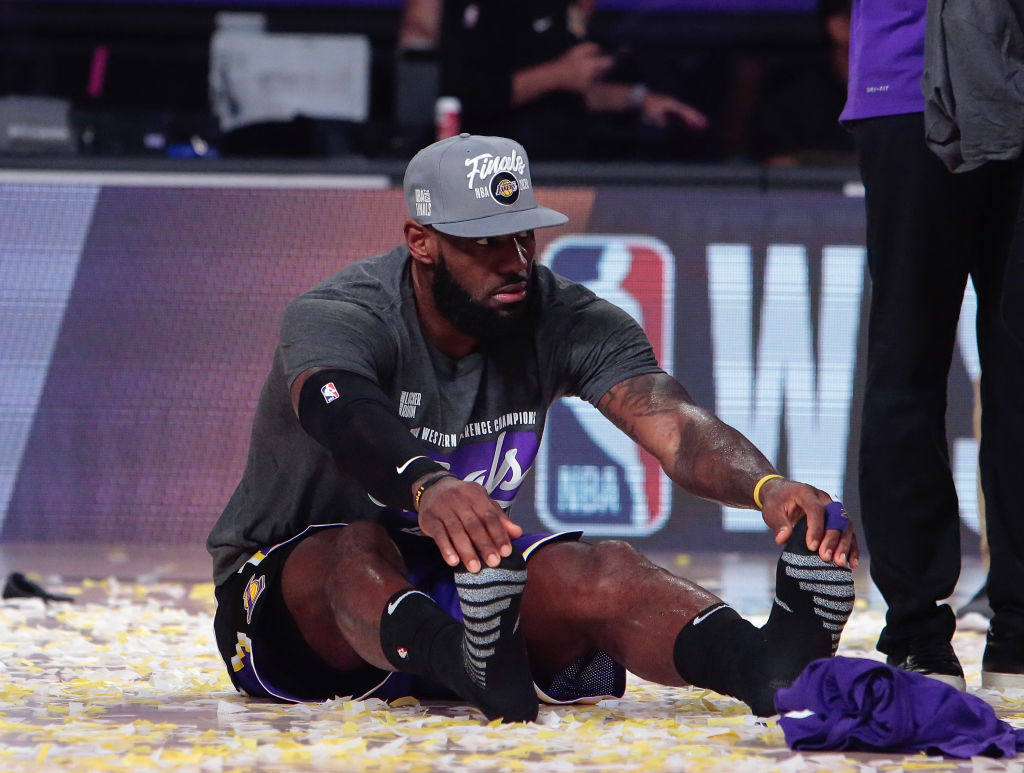