Harambee Stars coach Francis Kimanzi had admitted they are racing against time to build a strong side that will compete effectively against Zambia in a friendly on Friday.

The Harambee Stars were finally allowed to host the Chipolopolo this international break after the Kenyan government gave the all-clear to the Football Kenya Federation (FKF) to host the friendly but, under strict Covid-19 guidelines issued by the Ministry of Health.

While Kimanzi had named a provisional squad of 34 players for the friendly, only 22 players are available with most professionals – led by captain Victor Wanyama of Montreal Impact and striker Michael Olunga of Kashiwa Reysol – set to miss the build-up played at the newly-refurbished Nyayo Stadium.

It is for this reason Kimanzi has revealed they are now working on the team’s fitness since the squad in camp is composed of local-based players, who have not been active since the Kenyan Premier League (KPL) was suspended in mid-March owing to coronavirus pandemic.

“We have 20 players at the moment and we are expecting two more to make it 22 and that should be enough and then we now have only 72 hours before the game,” Kimanzi told Goal on Tuesday.

“The fitness level is always an issue especially when we have the squad dominated by local-based players and most of them have not been active for the last six and half months now [because of Covid-19], so we don’t expect them to be at the top level in terms of fitness but at least we can be somewhere to compete so we will try to build a base for competition but again there is no time because the match is on Friday.

“That means, we will be working on a quick fix because everything as to be combined, it will be a combined effort, to build the team technically and tactically and also try to build the fitness level of the players to see if we can compete effectively on Friday.”

On his part, defender Brian Mandela, who is likely to captain the team in the absence of Wanyama and Olunga, said: “We are enjoying good morale in the camp and we all know it has been long since we played but all the players are looking forward to a good game.

“I respect Zambia very much because the last time we played against them, they gave us hard times that is why we are training very hard to capitalize on what we did not do right last time out and do well, I also ask the fans to give us the support now that they will not be allowed to come and cheer us live.”

Kenya’s record against the Cosafa nation is poor as only six wins and seven draws have been registered from the previous 37 matches.

Tue Oct 6 , 2020
The duo was appointed Downs co-coaches following the departure of their ex-boss Pitso Mosimane to Egyptian giants Al Ahly Former Mamelodi Sundowns coach Neil Tovey has urged Manqoba Mngqithi and Rhulani Mokwena to place emphasis on effective communication and understanding each other in their new role as the Brazilians’ co-coaches. […] 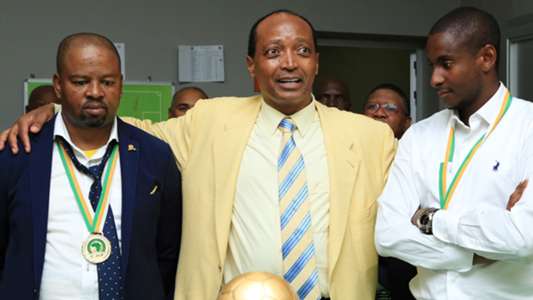