Leeds midfielder Mateusz Klich has stressed “we are not there yet” ahead of the Sky Bet Championship table-toppers’ clash with Barnsley.

Marcelo Bielsa’s side are on the brink of securing automatic promotion to end a 16-year absence from the Premier League.

On Thursday they host a Barnsley outfit currently lying at the bottom of the table, then they have games away against Derby and at home against Charlton.

“Obviously the cliche is we focus on the next game but everyone knows it is very close. It’s difficult to be focused because we’re not stupid, we see the table and you see we are doing good.

“But it’s not finished yet, and the Barnsley game will be not easy. They have to win the game and it’s a derby as well. We’re top of the table, we’re very excited, but we need to be ready for the game.”

Leeds have suffered a blow in the build-up to the contest with the news that midfielder Kalvin Phillips will not feature in the forthcoming matches due to an knee injury.

Klich said: “No one wants to be injured and especially for Kalvin – his club, his town. He is gutted, but we will finish the job for him as well.

“He is a very important part of our team and he has helped us a lot, he is one of our key players. It’s very sad for him but I think Ben (White) is ready to play in his position tomorrow.”

Klich has also urged Leeds supporters to keep their celebrations at home if promotion is secured.

The 30-year-old Pole said: “All of us want to celebrate with the fans but I have a message for them which is please stay at home, because the only way we can beat the virus is to stay at home, support your club from home.

“If we finish the job we can celebrate when it is possible.”

Barnsley boss Gerhard Struber has called for “bravery” from his players as they look to cause an upset.

The Austrian told barnsleyfc.co.uk: “We have lots of players out of their comfort zone, they’re on their personal limit.

“But there are some who are only at 90 per cent of their performance levels and we need everything from everyone. Everyone must step up. We need bravery on Thursday.”

Struber added: “Leeds are the big favourite in this game. We know this. But it’s not easy to play against Barnsley and we’ve shown this before, we’ve had good games against other massive opponents in West Brom and Fulham.

“Our duty is to give all that we can on Thursday to remain in the fight. There are areas we plan to exploit, we must find their weak spots.”

READ MORE: Pundit warns Leeds to take nothing for granted in Barnsley crunch

Wed Jul 15 , 2020
The towering defender has now been ruled out of action after picking up a muscle injury in a Swedish league match Kenya international Joseph Okumu will miss action for the next three weeks after picking up an injury while turning out for his Swedish side on Monday night. The towering […] 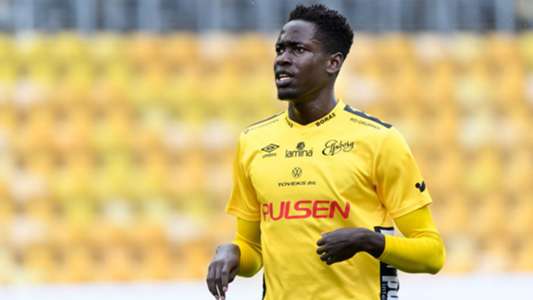