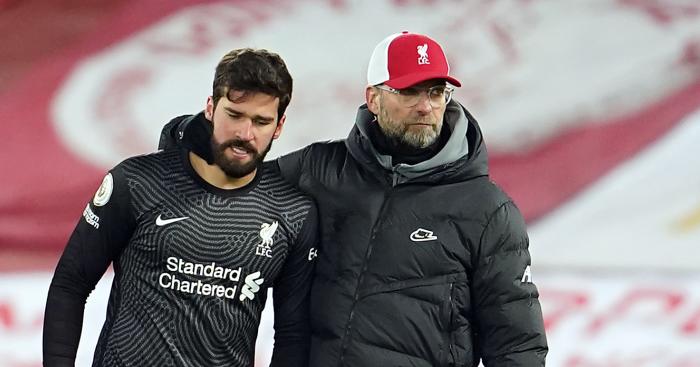 Jurgen Klopp accepted the blame for Liverpool’s stunning 1-0 loss to Burnley, which he described as a “massive punch in the face”.

For the first time since April 2017, Liverpool lost a Premier League game at Anfield. Their defeat to Burnley raises further questions of their title defence.

The champions have failed to score in their last four league games in a row, despite having an abundance of shots.

The difference against Burnley was a penalty won and converted by Ashley Barnes, which condemned Liverpool to a shock defeat.

Manager Klopp was stunned by the outcome of the game, taking the blame for the team’s poor decision making.

He told Match of the Day: “Everything, all the English words, massive, massive punch in the face or whatever – it’s my responsibility, that’s the easy explanation.

“We had the ball a lot, created some and didn’t finish the situations off. That keeps the game open and then they get the penalty – Alisson told me he didn’t touch him, but I didn’t see it back.

“It’s wrong decisions in the moment. Three crosses in the box, we tried to find a player, didn’t. It’s my job to make sure the boys are in the right position, that they feel right.

“It’s a tough one, not easy to explain. These boys are not the kind of person after a 7-0 to think we’ll go like this, they worked tonight hard and it didn’t happen.

“If something doesn’t work you have to try harder, more often, longer. It was not easy to lose that game and we did it.

“It’s not about blaming, we have to sort it together and we will. In football you don’t have a lot of time.

“We tried a lot, in some moments the right things and some not. That’s the problem you have to break the wall down by trying, in the right mood. We had chances.”

The result puts Liverpool’s title defence in serious doubt. There is still half of the season to go, but they are currently down in fourth – six points behind leaders Manchester United.

Liverpool could slip further down the table if teams below them win games in hand. However, there is also a chance that they will recover their mentality and look upwards again.

Klopp, though, gave a killer verdict about their chances of retaining their title after their latest defeat.

He said: “We can’t imagine the title race at the moment.”