Jurgen Klopp said Liverpool were “on fire” in their 3-0 win over Leicester, but a fresh injury blow has added to his problems.

Liverpool set a new club record for a run of games without defeat at home in the league. They are now unbeaten in 64 Premier League games at Anfield in a row.

They did so thanks to goals from Diogo Jota and Roberto Firmino after Jonny Evans had headed into his own net.

Hence, it was a convincing win for the reigning champions, who moved joint top with Tottenham as a result.

Klopp even thought they could have won by a bigger margin – with Firmino missing a few chances before he eventually got his goal, for example.

“We deserved it,” Klopp told Sky Sports. “The boys played an incredible game against a top, top, top opponent.

“I don’t take things like this for granted. The boys were on fire football-wise.

“The front line defended really well. We should have scored more goals.

“I like the overall performance – the result and clean sheet. We defended incredibly well.

“The front line didn’t play too often together but how they did today was not bad.”

Klopp impressed with reaction to injuries

Liverpool went into the game missing many of their key players, especially in defence. The bench had a very youthful feel to it, as the Reds tried to navigate the tie with a depleted squad.

They did so successfully, but received another injury blow when Naby Keita had to go off in the second half.

Klopp admits it makes the situation even trickier for his side – but insists any youngster he calls up is good enough to cover.

He added to Match of the Day: “That is what we expect from ourselves, injuries were a massive shock in that moment but the boys have to offer solutions. We have centre-halves, they are really young. They are not experienced, you saw the bench tonight.

“It’s a tricky situation and when Naby (Keita) goes off with a muscle injury you know the problems will not get smaller.

“The boys know when they are allowed to train with us they have the quality to do so, we don’t give tickets for training, you have to qualify with talent and aptitude. It is a tough school, there are a lot of steps to go.

“We have to make sure we recover but the Naby injury didn’t help at all.”

Overall, though, he could be more than happy with their work on the day – making it hard for him to pick a favourite aspect.

“We scored three goals and didn’t concede one, we defended exceptionally well, controlled the game.

“There were a lot of good things, I can’t pick one that pleased me most – maybe the performance of James Milner at right-back. He played an exceptional game, first there and then in midfield.”

Sun Nov 22 , 2020
The Algeria star scored two goals in the first 45 minutes as the hosts edged Thierry Laurey’s side in a thrilling seven-goal contest Andy Delort scored a brace as Montpellier pipped Strasbourg to a 4-3 victory in Sunday’s Ligue 1 encounter. Delort found the back of the net twice in […] 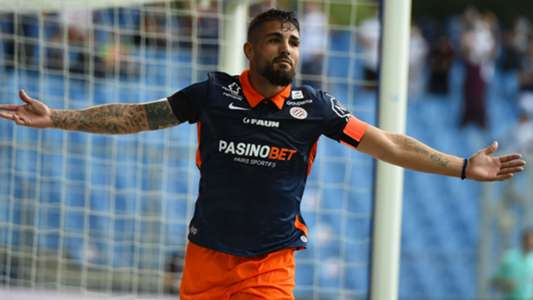