Jurgen Klopp refused to publicly condemn Mo Salah’s actions at his press conference, but he hinted the Liverpool forward had made a mistake.

Salah returned two positive tests for Covid-19 last Friday whilst on international duty with Egypt, forcing him into a spell of self-isolation. It was just days after he attended his brother’s wedding, where he was pictured without a mask at the busy indoor event.

The interim president of the EFA Amr El-Ganainy insisted that Salah had been cautious.

He told MBC Egypt TV on Friday: “He appeared in the ceremony for no more than five minutes. He entered a corridor alone, respecting social distancing and wearing a mask.”

His positive tests led to the 28-year-old being ruled out of the African Cup of Nations qualifying double header against Togo.

The striker is heading back to the UK on Friday, but he will miss out against Leicester due to his positive coronavirus test.

Asked what he though of the situation, Klopp was guarded, but hinted that Salah should have missed the event and revealed he was in a similar situation in the summer.

Klopp said: “He is back today. That is what I have heard, we are in close contact with him all the time. When you have a negative test, the process really starts. He is in a good place and feels well and everything is fine.

“We have nothing to say in public to be honest. What I tell my players is not for the public.

“Things are different in different countries and there is more social pressure. A brother’s wedding is a very special moment.

Klopp happy of no more breaks

“What I can say is my players are incredibly disciplined. All the rest is between Mo and me.”

Klopp has been a vocal in his unhappiness with the way international associations deal with their players, especially surrounding Covid-19 protocols.

Klopp added: “I am happy [there’s no more int’l breaks]. It’s difficult for all of us. UEFA cancelled Euros. They have the same problem. I am not blaming anyone.

“It’s the situation we are in. It doesn’t change. We have the most intense period from now until February, we play every three days.

“At international  groups the players have different fitness coaches and so on. I am happy they are back and healthy. How fit we will see.”

Fri Nov 20 , 2020
Speculation continues to suggest that a talismanic figure could leave Camp Nou in 2021, but his current coach is reluctant to be drawn on the subject Ronald Koeman remains convinced that Lionel Messi will stay at Barcelona and has refused to be drawn into a debate regarding the Argentine’s future. […] 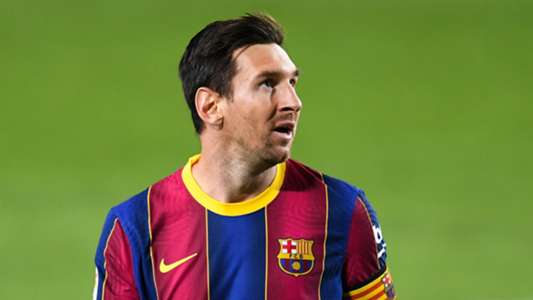