Stefanos Tsitsipas, Sofia kenin and Petra Kvitova reached the semifinal of Roland Garros 2020. They are joined by Rafael Nadal, Diego Schwartzman, Iga Swiatek and Nadia Podoroska, to complete the draw of the Parisian Slam semifinals.

An edition out of the ordinary compared to the past. Rafael Nadal is not satisfied with the playing conditions at Roland Garros. In the post-match interview, Rafa immediately commented on the unusual playing time: “The problem is not that, but the temperature.

Now I have two days off, so there shouldn’t be any major difficulties. It is not ideal to finish at half past one in the morning, but the problem is the cold. It is too cold to play tennis. I know that soccer players play in similar conditions but it is a different thing, because they always move while we stop, we leave, we stop again in the exchanges, it is a sport in which we stop many times.

I believe it is dangerous for our body to play in these conditions. I really don’t know why they decided to put five games on Central. The risk was there. When yesterday they sent me the order of play, I thought this could happen and it did.

It was a bit of bad luck but I tried to be patient and accept it, taking it in the best possible way. ”

The best and the worst from the Parisian Slam

Roger Federer got another amazing record. The Swiss Maestro has won 20 Grand Slam titles, is the tennis player who holds the record of more weeks, no less than 310, at number 1 in the world, a record that only Novak Djokovic, among active tennis players, could surpass in the next month of March.

Nadal. Talking about Federer, Tim Henman expressed about the Swiss: “I still think Roger is the biggest attraction in our sport. He’s been out of action for so long; let’s cross our fingers and hope his rehabilitation process goes smoothly.

Better. It’s fascinating when you hear him say he’s eager to get back out there and cross my fingers so that everything goes well for his return, “he said during an interview.

Wed Oct 7 , 2020
The 34-year-old is now just nine goals behind the Arsenal legend, who scored 51 goals for Les Bleus France striker Olivier Giroud has played down his chances of breaking Thierry Henry’s all-time scoring record after he moved into second place on Wednesday night.  Giroud scored twice in the first half in […] 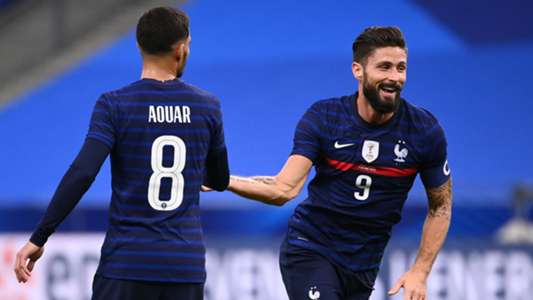