LeBron James addresses the media after the West’s top-seeded Los Angeles Lakers’ Game 2 victory vs. the East’s fifth-seeded Miami Heat 124-114 on Friday night. The Lakers now own a 2-0 lead in the best-of-seven series. Game 3 will take place on Sunday night.

James speaks on how dominant teammate Anthony Davis has been in these first two games of the NBA Finals.

LeBron also speaks on how the Los Angeles Lakers can be better on defense and how they shouldn’t be satisfied with winning the first two games, as the job isn’t finished.

James finished the contest with 33 points, nine rebounds and nine assists, meanwhile, Davis, who made 14 of his first 15 shots, posted 32 points along with 14 boards.

James and Davis are the first Lakers duo to score at least 32 points in a finals game since Game 3 against New Jersey in 2002, when Kobe Bryant and Shaquille O’Neal did it: 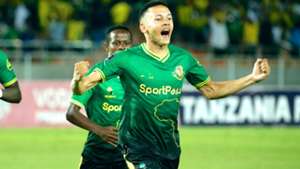