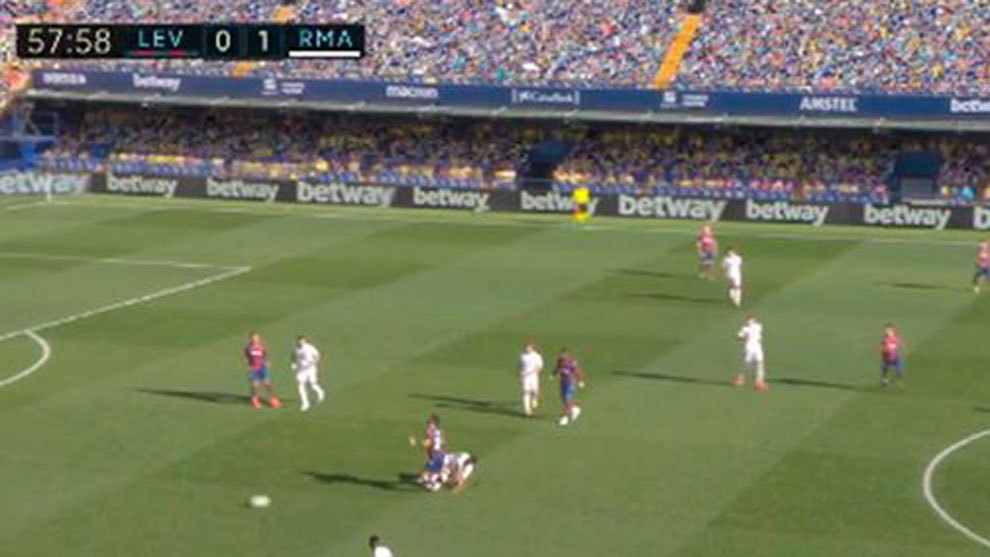 In the 58th minute of the game between Real Madrid and Levante, the home side’s players complained to Jose Luis Munuera for not sending off Casemiro.

However, according to former referee Juan Andujar Oliver the Brazilian shouldn’t have been shown the second yellow card as his challenge on Gonzalo Melero touched the ball.

“The Real Madrid player goes strong on the play but touches the ball,” he told Radio MARCA.

“I believe that Munuera’s decision not to saw the Brazilian the yellow card is correct.”

A foul was given on Casemiro but Munuera decided that his challenge should not be penalised.

Lopez insisted that the incident should’ve been at least reviewed.

“I’m not going to say anything about the referees,” Lopez noted after the game.

“It’s how it is when we play against this type of opponents and you’ve already seen it.

“What I don’t know is why [the VAR] hasn’t reviewed Casemiro’s foul.

“It seems strange to me.

“I thought it was a card, but we are in business as usual.”

Sun Oct 4 , 2020
World No. 16 Karen Khachanov will try to “stay steady” and believe in himself when he faces world No. 1 Novak Djokovic in the French Open round-of-16. Khachanov, who handed a four-set loss to Cristian Garin on Saturday, is set for a fifth meeting against Djokovic. The Russian will […]