Roberto Firmino may have scored only once in his last 14 outings – and two in 24 – but John Barnes says the Liverpool striker’s goal form is no cause for concern.

The Brazil international may occupy a central striking berth and the No.9 shirt at Anfield, but others are relied upon to provide the main source of goals.

Mohamed Salah and Sadio Mane continue to deliver on that front in one of the most fearsome attacking tridents in world football, allowing Firmino to focus on other areas.

There have been suggestions that the South American should be hitting the target on a more regular basis, but Barnes feels the 29-year-old remains an integral part of Jurgen Klopp’s plans.

Quizzed by BonusCodeBets on whether Firmino’s lack of goals is an issue, Reds legend Barnes said: “No, is the answer. Firmino’s role is slightly different and it’s not necessarily about netting the ball; in fact, he brings more to the team than just goals.

“By having him supporting Salah and Mane in front of the net, and for those two to lead the goal scoring, has done the team a world of good, which became very clear last season.

“This magical trio finished on a combined 57 goals and 38 assists – now that’s something to be proud of. Yes, it’s a slight different set-up to many other teams but it works.”

Liverpool have moved to bring even more firepower into their ranks for 2020-21, with Portugal international forward Diogo Jota snapped up from Wolves in the summer transfer window. Barnes believes he can help to carry the goalscoring load, with the hard-working 23-year-old another wide attacker in the mould of Salah and Mane.

“Jota is a great player who will be able to help strengthen the squad,” said Barnes.

“Will he play in front three? Probably not but he’s given us enough quality that if one of the front three gets injured, he can come in and do a very good job and someone you can count on.

“For someone to say that he’s ready to play in each position that the manager wants him to says a lot about a player and his attitude. It shows a level of maturity, dedication and professionalism. I really think Jota will bring a lot to the team. He’s one to watch.”

Fri Oct 9 , 2020
Rafael Nadal faces off against Diego Schwartzman in the French Open semi-finals on Friday. from Daily Express :: Tennis Feed https://ift.tt/36N5UyH Source of the article 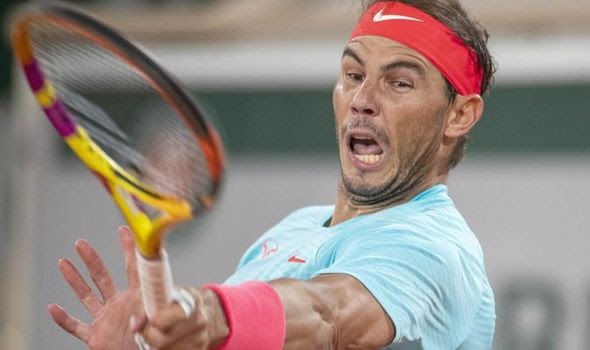