Diogo Jota became the first player in Liverpool history to score in his first four top-flight home matches following his opener against Leicester City on Sunday.

Jota has enjoyed a scintillating start to life at Anfield following his £41 million ($53m) move from Wolves in pre-season.

Before Sunday’s visit of Leicester, Jota had scored seven goals in 11 matches for the Reds across all competitions, forcing his way into the team despite the settled nature of their first-choice attack of Mohamed Salah, Roberto Firmino and Sadio Mane.

That haul included strikes in three successive Premier League home games, equalling a club record, and he went one better against Leicester.

Arriving on to Andy Robertson’s precise cross from the left, Jota got in front of his marker and sent a glancing header past Kasper Schmeichel in the Foxes’ net to make it 2-0 just before half-time.

Firmino would go on to add a third before the final whistle as the champions earned a comprehensive 3-0 win.

Jota was starting in the Liverpool attack in place of Salah, who was ruled out due to contracting coronavirus during the international break.

His goal came after a sequence of 30 passes; since Opta have this data available from 2006-07, it was the most in the build up to any Premier League goal by the Reds.

4 – Diogo Jota is the first player in Liverpool’s history to score in each of his first four home top-flight league appearances for the club. Fantastic. pic.twitter.com/AcQ1za4mYE

Jota, who had his first season the Premier League with Wolves in 2018-19, has regularly terrorised Leicester City since, with his four goals in five appearances against the Foxes the most he has scored against any club.

The 23-year-old’s progression in recent months has seen a former coach say the forward will eventually succeed Cristiano Ronaldo as Portugal’s talisman – after making the prediction early on in Jota’s career.

“Nobody does what Jota is doing now without having real ambition,” Jorge Simao told The Athletic, after having worked with the player at Pacos de Ferreira.

“When he signed for Porto [in 2016], I told a Portuguese website that, for me, Jota would be the successor to Cristiano Ronaldo.

“Obviously, that was quite a big claim to make at that time, because Jota had only played for Pacos and had not had a good time at Atletico Madrid.

“When Jota signed for Liverpool, I sent him a message to congratulate him. He replied, five seconds later, with a link to that old article about him and Ronaldo.

“It was the very first thing he sent! He must have had it bookmarked. Incredible! He hadn’t forgotten.”

FC Barcelona - La Liga: Meeting to decide if Barcelona should sign a replacement for Pique

Sun Nov 22 , 2020
FC Barcelona – La Liga He suffered knee injury on Saturday Ronald Koeman and Ramn Planes. The fact that Gerard Pique will be out for several months due to a knee injury has reopened the issue of potentially making a signing in the January transfer window. This possibility was already on […] 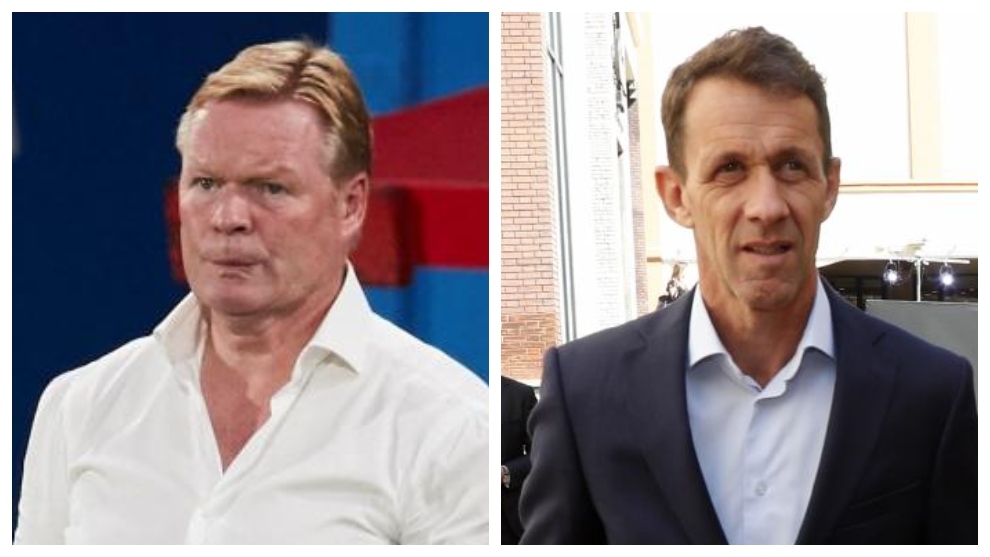