Liverpool cruised to a 3-0 win over Leicester City on Sunday to set a new club record of 64 top-flight home matches unbeaten as Diogo Jota continued a remarkable Anfield streak of his own.

Jurgen Klopp was without a host of key men, with Joe Gomez, Jordan Henderson and Mohamed Salah among the latest to join their lengthy absentee list, but they dealt with the threat posed by Leicester with impressive ease considering their circumstances.

Leicester had won all four of their away Premier League games this term prior to Sunday but once they fell behind to Jonny Evans’ unfortunate own goal – the sixth of his top-flight career – they never looked likely to end the Reds’ run.

Jota made it 2-0 just before half-time, becoming the first Reds player in history to score in his first four Anfield league games, and from there it was plain sailing, Liverpool finally adding a third late on through Roberto Firmino – the Brazilian have previously hit the post twice.

4 – Diogo Jota is the first player in Liverpool’s history to score in each of his first four home top-flight league appearances for the club. Fantastic. pic.twitter.com/AcQ1za4mYE

The Reds’ positive start belied the depleted nature of their squad, as Sadio Mane headed into the side-netting and Curtis Jones tested Kasper Schmeichel from a tight angle before Evans put into his own net from a corner in the 21st minute.

But they were given a warning soon after when Leicester spurned a glorious chance – Harvey Barnes shooting agonisingly wide of the top-right corner first-time from Jamie Vardy’s cut-back.

That was not the start of a Leicester resurgence, however, and Liverpool increased their lead just before the break, Jota glancing an Andrew Robertson cross into the net for his own slice of Anfield history.

Although Liverpool lost Naby Keita to an apparent hamstring problem early in the second half, they continued to dominate and carve out chances.

Schmeichel produced a strong save from the marauding Mane, and then Firmino hit the goal frame with a close-range header.

Firmino, scorer of just two goals in his previous 23 league games, struck the other post again 13 minutes from time in a remarkable sequence that also saw Schmeichel turn a Mane effort on to the woodwork.

But the Brazil international’s misfortune finally ended late on when he sent a towering header beyond Schmeichel, as Liverpool ensured they would end the day second in the table.

What does it mean? Depleted or not, Reds always a force

Producing such a professional and dominant performance – and translating that into a similarly comfortable win against fine opposition – is a real accomplishment for Liverpool.

Much has been made of their general defensive issues this season, yet there was little sign of vulnerability there in spite of such a makeshift back four – Leicester only managed four shots on target in the match.

Similarly, going forward Liverpool gave Leicester’s defence so much to contend with, their 24 attempts indicative of the control they exerted.

Robertson rampant on the wing

Scotland star Robertson was a doubt for this game having suffered a knock on international duty – not that you would have been able to tell from his performance. The left-back was menace on the flank, creating three chances and setting up Jota’s header with a fine cross. That was his 31st Premier League assist for the Reds – only Kevin De Bruyne (41) has more than him in that timeframe.

The tonic for Firmino’s frustrations

It looked like being another infuriating outing for Firmino, who had hit the right post from just a few yards and then the left when one-on-one with Schmeichel. He eventually found the mark with Liverpool’s third of the day, only his second Premier League goal of the season.

These two turn their attentions back to European football in midweek, as Liverpool host Atalanta in the Champions League on Wednesday and Leicester face a Europa League trip to Sporting Braga a day later. 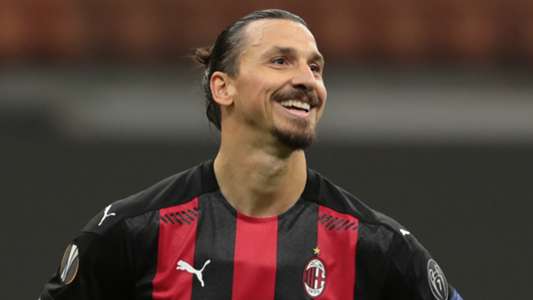