Chelsea midfielder Ruben Loftus-Cheek has joined Fulham on a loan deal which will keep him at Craven Cottage for the duration of the 2020/21 season.

The 24-year-old had recently struggled to find consistent playing time at Stamford Bridge after the coronavirus pandemic disrupted the England international’s return from an Achilles tendon injury.

Loftus-Cheek was previously linked with Aston Villa and Southampton. But he said he was excited to try and get back to his “best football” with Fulham.

He said: “I’m really happy to come ‘next door,’ if you will!

“I watched Fulham at the start of the season and they looked like they’re playing decent football.

“With this manager, I think I can get back to my best football. That’s the main thing for me, to find my form and help this team win games.”

“Ruben is a world-class player in the prime of his career, he has earned great experience in the Premier League. We believe he will be so valuable to our club in our fight ahead of us. Come on Fulham!”

Bakayoko on the move again

Napoli and Chelsea have announced that midfielder Tiemoue Bakayoko has moved to the Serie A from Stamford Bridge on a season-long loan.

Bakayoko signed for Chelsea in the summer of 2017, when former boss Antonio Conte was in charge.

However he has struggled for game time since Conte’s departure and he has now agreed a second successive loan deal.

A Napoli statement read: “Napoli announces that it has acquired the sports performances of the footballer Tiemoue Bakayoko with the loan formula for the 2020/21 sports season.”

Tue Oct 6 , 2020
Quick Reads Arsenal are regularly criticised for their dealings in transfer windows – but the Gunners have still made some excellent signings over the past 10 years. Few would argue that their business on the whole has not been good enough, but there is hope that things are starting to change […] 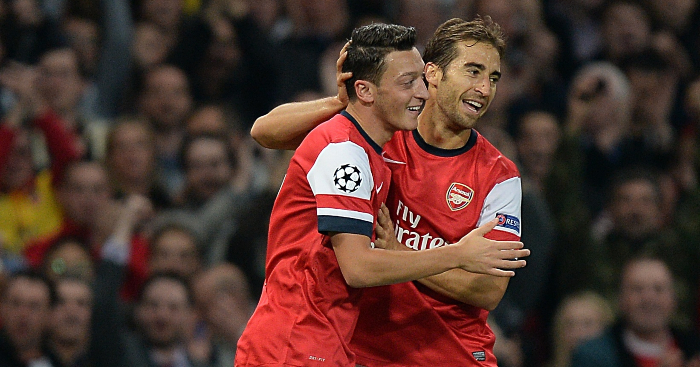