The Brazilian midfielder, who became a cult hero during his time at Anfield, brought a 10-year spell on Merseyside to a close in the summer of 2017

Lucas Leiva says he could “feel” success coming at Liverpool under Jurgen Klopp, but he still took the decision to leave for Lazio in the summer of 2017.

The hard-working Brazilian midfielder spent 10 years at Anfield, with his commitment to the cause after enduring a tricky start to a spell in England earning him cult hero status.

He walked away with 346 appearances for the Reds to his name, but just one winners’ medal, which came in the 2012 League Cup, when he did not even figure in Kenny Dalglish’s final squad due to injury.

Lucas did help Liverpool to Champions League and Europa League finals after that, but tangible success proved elusive.

That has not been the case in recent times for the Merseyside giants, with Klopp overseeing Champions League, Club World Cup and Premier League title wins.

Lucas could be forgiven for regretting his decision to head for Italy just as the tide was turning, but the 33-year-old is delighted for those he left behind as they were always destined for bigger and better things.

He told LFCTV: “When I left the club I was 100 per cent sure a great moment was coming. You could feel [it].

“I could feel that things were changing. I was sure it would come but you never know when, because you’re playing against so many good teams. It’s not easy to predict.

“But I could feel that Liverpool were going to come back, winning important things. Of course, the Premier League was always the first target, let’s say, every season. I could feel that, yes.”

Klopp’s arrival as manager in October 2015 proved to be a turning point for Liverpool, with the German having helped to lift the Reds back onto the loftiest of perches.

Lucas never had any doubt that would happen, saying of the charismatic coach: “When he arrived, for me it was a new start. That’s how I felt. Slowly, I started to understand more the way he wanted us to play. Of course, I played in different positions.

“He was a great manager for me, I learned a lot.

“I played for him for two years, two seasons, but it was enough to learn a lot and also understand that the way he wanted to play, maybe for me was going to be more difficult.

“That’s why we have this great relationship until today – because he always treated me with so much respect and I tried to do the same.”

Fri Oct 9 , 2020
The Everton striker has received the accolade after an impressive start to the 2020-21 season, with Carlo Ancelotti also being recognised Dominic Calvert-Lewin’s stunning start to the 2020-21 campaign has earned the Everton and England striker the Premier League’s Player of the Month award for September. The 23-year-old scored five […] 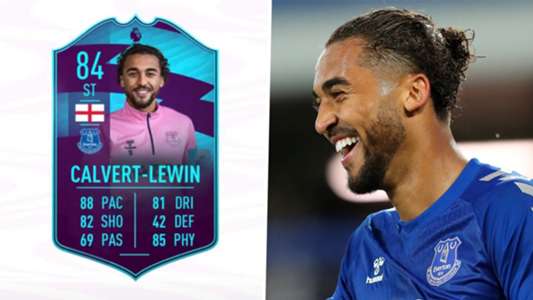