Romelu Lukaku has promised to return to Anderlecht at some point in the future, while describing former Belgium assistant Thierry Henry as his “mentor”.

Lukaku rose through the youth ranks at Lotto Park before graduating to the senior squad in 2009, and went on to score 41 goals in 98 appearances for the club.

He impressed enough to attract the attention of Chelsea, who forked out £14 million ($18m) to bring him to Stamford Bridge in 2011.

The Belgium international spent three years with the Blues before going on to take in spells at Everton and Manchester United, where he managed to establish himself as one of the most prolific strikers in the Premier League.

Lukaku was, however, often criticised for a perceived lack of technical ability during his time at Old Trafford, and ended up being sold to Inter for £74 million ($96m) in the summer of 2019.

He has hit the ground running once again at the start of the 2020-21 campaign but has now revealed a burning ambition to make his way back to the club where his professional career began.

“I always follow Anderlecht,” Lukaku told VTM. “I will definitely return. The attraction for a player that wat there as a youngster is too big.

“Ask guys like Leander Dendoncker, Youri Tielemans. They are still involved with the club too because we had so many good moments there.”

The Inter forward was speaking while away on international duty with Belgium, who are currently preparing for a UEFA Nation’s League doubleheader against England and Iceland.

Lukaku says he is still in regular contact with Henry, who served as Roberto Martinez’s assistant coach for the national team between 2016 and 2018, and that the Arsenal legend has played a key role in his development over the years.

“I often speak with Thierry Henry,” he said. “Very often. He’s actually my mentor. He gave me the impetus to be compared with other strikers in Europe.”

Lukaku added on how much he is enjoying his time in Italy and his relationship with Conte at Inter: “Italy suits my lifestyle. If I had known before, I would have moved here first.”

“At Inter we play with two forwards. When I play on his [Conte] side, he makes himself heard, but me and the coach get along well.

“We are more or less similar. I too, like him, hate losing.”

Asked if his own goal in Inter’s 3-2 defeat to Sevilla in last season’s Europa League still haunts him, Lukaku responded: “It was too much for me. I have always had those moments when I simply have to say no. Super Cups, Scudetto lost by one point, semi-final of the World Cup with Belgium.

“It was all terrible for me. I thought, sod this. I had given so much for that target, then I didn’t get it. It took me four or five days to get over it.”

Fri Oct 9 , 2020
The Miami Heat have been excellent this season and, although down 3-1 to the Los Angeles Lakers in the NBA Finals, still have a shot to win a championship. Regardless of what happens, the Heat seem to be in one of the best positions in the entire league. According to […] 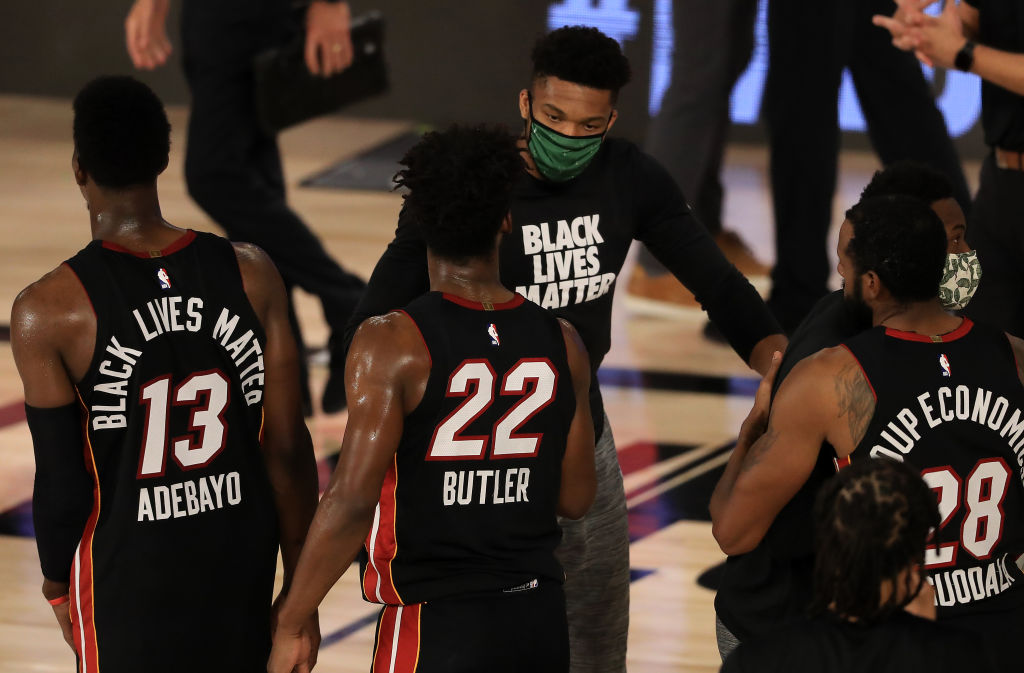