Macauley Bonne started his Queens Park Rangers career on a positive note after he netted deep in injury time to seal a 1-1 draw with Sheffield Wednesday in the Championship on Saturday.

The 24-year-old Zimbabwean was announced as Superhoops player on Friday and started the game from the bench.

After a goalless first half, Wednesday were the ones in front at Hillsborough courtesy of Yoann Barbet, who put the ball into his own net.

Bonne came on for Tom Carroll in the 64th minute and would salvage something for QPR with his headed effort in the 94th minute from Barbet’s cross.

The result sees QPR stay without a win since the opening day of the season when they beat Nottingham Forest 2-0 at Loftus Road. The following results were a 3-2 loss at Coventry City and a 1-1 draw at home to Middlesbrough.

Bonne was signed from Charlton Athletic, where he played 40 times during the 2019-20 Championship season, scoring 12 goals and providing two assists with the Addicks ultimately relegated to League One after finishing 22nd out of the 24 teams.

Bonne was born in the English town of Ipswich to Zimbabwean parents and started his football career as a youth with the club and featured for Norwich City and Colchester United, also as a youth.

It was with the latter his senior career kicked off in 2013 and he went on to appear 84 times, scoring 15 goals with one assist. During his spell at Colchester, Bonne spent time on loan at Lincoln City and Woking.

He moved to Leyton Orient in 2017 and had his most productive career stint with 45 goals and nine assists in 91 competitive outings in two seasons, before joining Charlton last summer.

Bonne has been capped twice for the Zimbabwe national team, his first coming in a 1-0 loss by Lesotho in November 2017.

Sat Oct 3 , 2020
Real Madrid Could make debut in his home city Victor Chust has had a dream come true this week, with Zinedine Zidane naming the player among Real Madrid’s first team for their trip to take on Levante in LaLiga Santander on Sunday. The youngster, now just 20, left Valencia at the […] 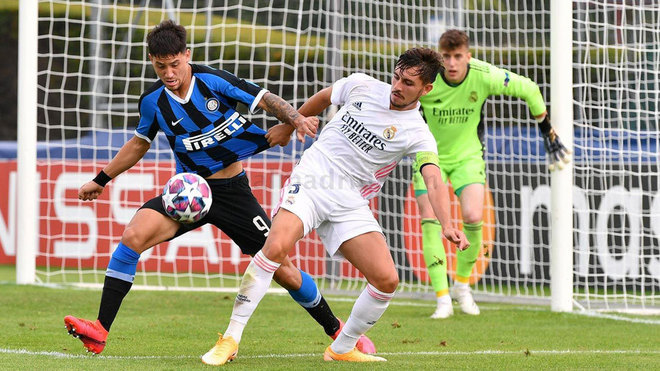