Mamelodi Sundowns coach Pitso Mosimane has admitted teams find themselves in difficult positions to prepare for the resumption of the season.

As things stand, the suspended campaign is only set to resume in the first week of August after the South African Football Association (Safa) rejected PSL’s proposed date of July 18 for resumption.

Mosimane lamented the number of days they have to use as preparation after being out of action for almost four months due to the coronavirus pandemic.

“So you’d never know but if we resume according to Safa dates then it’s unbelievable that in 10 days time we have to start playing football after we haven’t played football for three-and-a-half months.

“How can you not play football after three-and-a-half months and [suddenly] you are expected to play in 10 days?”

The 55-year-old mentor understands why the PSL wants to resume the league as soon as possible, saying there are stress, pressure and financial implications facing both the league and the clubs.

However, he believes the integrity of football should not be tainted in the process, suggesting there will be no football without the players.

“I think this thing is about finishing the league,” he continued.

Mosimane also weighed in on rumours that other teams started training long before Safa gave them the go-ahead.

While he acknowledged there should be concrete proof of the allegations, but if they are true, then some teams are trying to gain an unfair advantage over others in the remaining matches of the season.

“And if somehow they haven’t played for three-and-a-half months… unless some people are training. There are rumours that teams have been training while there was lockdown Level 5 and Level 4. They want to gain an unfair advantage. So, yeah, there are rumours,” Mosimane added.

“I mean, players talk; players from this team are friends with players from another team… and wherever you’re training, people are watching and people are looking and you can’t hide it.

“We just have to prove that somebody is training but how can you prove that? Unless you go training and take pictures of the people who are training.”

“But we hear that there are people who have been training and they want to gain an unfair advantage of winning the games but it’s okay. Everybody has to win in whichever way they have to.”

LaLiga Preview: Will Real Madrid wrap up the title vs Villarreal?

Wed Jul 15 , 2020
Los Merengues can secure the 2019-20 championship when they face the Yellow Submarine on Thursday Real Madrid can seal the 2019-20 LaLiga title with three points against Villarreal this Thursday, although some surprises are still possible up and down the table in the penultimate round of games. All 10 matches […] 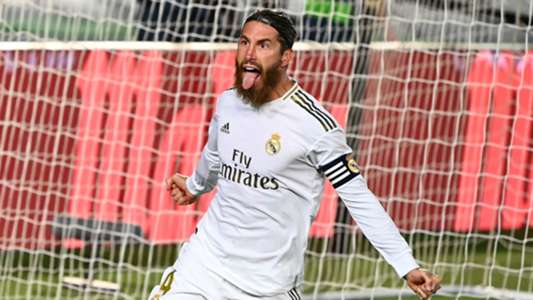