The World Cup winner was full of praise for her new head coach this summer, something which came as a massive shock to Stoney herself

Manchester United head coach Casey Stoney has admitted she was surprised World Cup winner Tobin Heath even knew who she was before the winger arrived at the club this summer.

Heath landed in Manchester last month, having signed for United along with fellow United States national team star Christen Press, and was full of praise for Stoney upon her unveiling.

Asked about the comments this week, Stoney downplayed her influence on the success of her team, who finished fourth in their first season in the Women’s Super League last year.

“I was surprised that those comments were made because I don’t see myself in that light. I’m just day-to-day, go about my business. I was surprised she even knew my name before we spoke!

“It’s a huge positive if people are talking about you that way as a head coach, but it is not about me.

“It’s a club effort and I’m just part of that puzzle.”

Heath and Press have only arrived for this season, but they are already making a big impact both on and off the pitch.

The pair’s shirt sales surpassed that of any men’s player after arriving from the States and, from their cameo appearances so far, it’s easy to see why they are so popular.

Both made their club debuts last weekend in United’s 3-0 win over Brighton, with Heath providing an assist despite being on the pitch for just 20 minutes.

Press, meanwhile, caught her manager’s eye in another way.

“You know what I was really impressed with on Sunday?” Stoney explains.

“We went in at half-time and we had a couple of words on a couple of things we needed to adjust and as soon as I finished talking, Christen actually went over to Alessia [Russo] and started giving her little bits of advice in what she’d seen throughout the game.

“That’s huge, when you’ve got that as a young player. Somebody who’s won a World Cup coming over to you and giving you hints and tips and working with you, even when you’re competing for a position.

“I think that that shows the strength of her as a person, a character, but also how much Alessia is going to pick up over the next year.”

Russo is another summer arrival who has bolstered Stoney’s attacking options massively, with the 21-year-old England international capable of playing anywhere across the front three.

But despite United taking a point from champions Chelsea on the opening weekend, fans will have to wait to see them at their best.

A hectic schedule, a number of injuries and players needing their game-time managing, after a significant spell without playing due to the impact of Covid-19, has had a huge impact on Stoney’s squad.

After a fantastic start to the WSL season, those issues were highlighted on Wednesday afternoon in a 3-1 defeat to Liverpool, who were relegated to the Women’s Championship last season.

“We are really limited, especially in terms of what we can do defensively, so that was pleasing that we came through [without injuries against Liverpool],” Stoney said, ahead of United’s trip to Tottenham on Saturday.

“There is no alternative [but to bounce back]. We have to look at ourselves collectively now and have a big reflection on what we didn’t do well, why that result happened, and make sure it doesn’t happen again.”

Fri Oct 9 , 2020
The Reds icon maintains that “different” qualities continue to make the hard-working Brazilian forward an integral part of Jurgen Klopp’s plans Roberto Firmino may have scored only once in his last 14 outings – and two in 24 – but John Barnes says the Liverpool striker’s goal form is no cause for […] 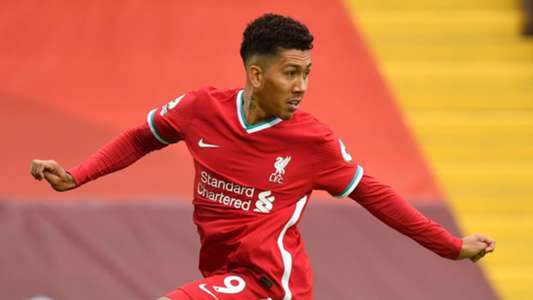