Manchester United are set for a busy transfer deadline day with at least two new signings to be confirmed while there could be a number of exits.

Edinson Cavani and Alex Telles were undertaking their medicals on Monday morning ahead of announcements before the deadline.

It is understood former Paris Saint-Germain striker Cavani has been given a which is for one year, with the club and player holding an option to extend for a second year.

Telles, meanwhile, is expected to sign a four-year deal with the option for a further 12 months. The Porto full-back is being brought in to provide competition for Luke Shaw on a deal which is believed to be costing €15 million (£14m/$19m) with €2m in add-ons.

Brandon Williams has been deputising for Shaw having pushed into the first-team setup last season and, while there has been interest from other clubs, such as Southampton, to take the full-back on loan it is understood United have no interest in loaning him out and he will stay with the squad.

With Diogo Dalot joining AC Milan on loan for the season, Williams can provide cover and back-up for Aaron Wan-Bissaka at right-back. Telles’ arrival is also not expected to have an impact on Williams’ long-term future at the club.

Another player who looks set to stay is Daniel James. Leeds had been interested in taking the Welshman on loan but it is understood he is likely to stay despite falling down the pecking order at Old Trafford and struggling for game time.

While the club have not officially given up on their chase of Jadon Sancho they had been pursuing a deal for Ousmane Dembele as an alternative.

However, it is understood that United only wanting a loan and not a permanent deal has affected negotiations and the 23-year-old is also understood to be keen to want to stay at Barcelona. A right-sided attacker remains on the club’s transfer list as the deadline approaches.

In terms of potential departures, Chris Smalling is expected to re-join Roma having impressed on loan there last season. The centre-back has been pushing for a permanent transfer back to the Serie A club but United rejected Roma’s initial offer as it fell way under their £20m valuation ($26m). Despite that, it is expected Smalling should get the transfer he is after before Monday night’s deadline.

Moves away for Sergio Romero and Marcos Rojo are also possible before the deadline with the Argentine duo set to have very limited game time during the current campaign.

Mon Oct 5 , 2020
The South Africa international has completed his move to the Brazilians and will link up with his teammates after the international break Mamelodi Sundowns have officially unveiled Kermit Erasmus as their player following confirmation by Cape Town City this past weekend.  The 30-year-old completed his move to the Brazilians upon […] 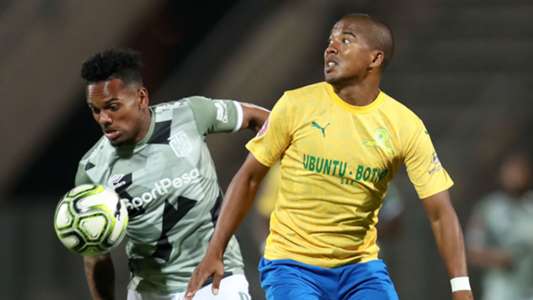