Manchester United must develop a killer instinct to win titles, according to Nemanja Matic.

United’s wait for their first home win of the new Premier League season finally came to an end on Saturday night.

Ole Gunnar Solskjaer’s men picked up a 1-0 victory against West Brom thanks to a second-half penalty from Bruno Fernandes, moving up to ninth in the early top-flight standings in the process.

The Red Devils were far from convincing at Old Trafford though, and the Baggies might have escaped with a point had they been more clinical in the final third.

Matic was disappointed that United failed to put the game to bed after taking the lead, as he told MUTV: “When we score first we have to go on and kill the game as soon as possible, especially in the Premier League. We have to improve on that.

“Every team has quality, every team is dangerous. One-nil is not enough. They almost scored, they had one hit the crossbar. So they were always dangerous.

“We have to make sure that next time we have more concentration in attack and make sure we try to kill the game early.”

Matic says the Manchester outfit will have to raise their game significantly in order to fight for major honours, with Solskjaer now set to start preparing his side for a Champions League group stage meeting with Istanbul Basaksehir on Tuesday night.

“We said before the game we had to win. We had to get the three points to go close to the teams at the top of the league,” the Serbian midfielder added. “We are happy with the three points but not our performance. We have to do better.

“But wins are the most important, of course, because at the end of the season nobody will ask you how you played, if you were amazing. The most important is you collect points.

“Manchester United want to win titles and our aim is to be in first position and we will do everything for that. We can do that only as a team.”

After their latest European outing, the Red Devils will turn their attention back to the Premier League, with a crucial showdown against high-flying Southampton at St Mary’s on the cards next Sunday.

Boys who rescued FA Selangor back in 2017 receive another season

Sun Nov 22 , 2020
Over the weekend, Malaysia Super League club Selangor announced the players that will remain on their roster for the 2021 season. Although the Red Giants are yet to announce their new signings, over the weekend the club revealed the squad members who have been retained for the coming season. Among […] 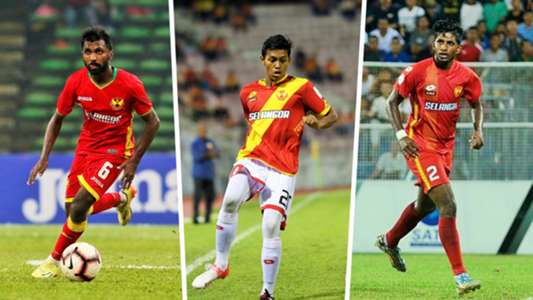