The Red Devils are without a Premier League win on home soil since July, but will get another chance to right those wrongs against West Brom

Axel Tuanzebe admits Manchester United’s first-team squad is as puzzled by Premier League struggles at Old Trafford as a frustrated fan base.

The Red Devils are yet to collect three points on home soil in the 2020-21 campaign.

Their last success in the English top flight came back on July 4, when they beat relegation-bound Bournemouth 5-2, with six disappointing outings taken in since then.

Four of those have come this season, with Ole Gunnar Solskjaer yet to find a winning formula.

Crystal Palace, Tottenham and Arsenal have all left Manchester with morale-boosting victories under their belts, while Chelsea took a point in a drab goalless draw.

Tuanzebe concedes that the Red Devils are unable to explain their poor form, with another opportunity to start righting those wrongs set to present itself when playing host to West Brom on Saturday.

He told United Review when reflecting on recent struggles: “I couldn’t tell you, to be honest. I think we just need to go out and play the game like it’s any other game.

“It’s as surprising to us as it is to the fans and everyone else watching. But we definitely need to correct it.”

Part of the problem for United appears to be that they have lost the advantage of having over 70,000 supporters cheering them on every time they take to the field at Old Trafford.

Tuanzebe admits as much, with the absence of fans during the coronavirus pandemic helping to level the playing field for those heading out on the road.

The 23-year-old defender added: “Fans are a massive part of the game.

“Now you can hear everything that’s being said, you can communicate easily with your team-mates. You can say that the pressure from the [opposition] fans has kind of faded, which, to some extent, makes things easier [for the away team].

“Coming through the ranks, when you played for the reserves or the youth teams, there are hardly any fans and you just play every game as if it’s any game.

“The only advantage you have is that you know your pitch better than they do. So, to some extent, you can say it’s easier going away and winning than it is with fans.”

World Cup 2022: Two years to go for the marquee event in Qatar

Fri Nov 20 , 2020
The football world cup is scheduled to kick off on November 21, 2022… Just two years to go until the next edition of the FIFA World Cup gets underway in Qatar on November 21, 2022. The Supreme Committee for Delivery & Legacy is keeping no stone unturned to offer a unique […] 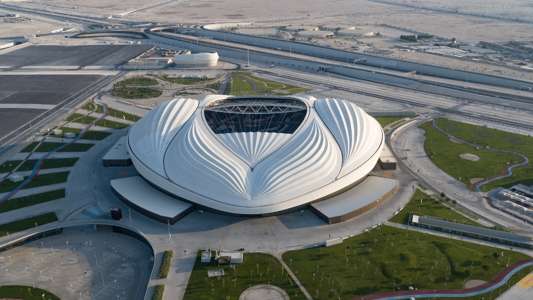