Can the Red Devils build on last weekend’s victory over Brighton when they host Spurs on Sunday?

Manchester United are set for their biggest test of the season yet on Sunday when they host former coach Jose Mourinho and his Tottenham Hotspur side at Old Trafford.

The Red Devils picked up their first Premier League victory over the season last weekend when a late, late penalty secured a 3-2 victory away at Brighton & Hove Albion, but can Ole Gunnar Solskjaer’s side repeat the feat this time around?

They may well have their work cut out against a Spurs side who have advanced in both the Carabao Cup and the Europa League since last weekend’s frustrating draw with Newcastle United.

Mourinho will also have a point to prove against a team with whom he won silverware, but was ultimately unable to return the Red Devils to the pinnacle of the English game.

Whoever comes out on top, Sunday’s showdown is impossible to miss.

It’s been a tumultuous 10 months for Spurs since they were last at Old Trafford—in December 2019—when they were handed their first defeat of Mourinho’s tenure.

Since then, the Londoners have struggled to settle under the Portuguese coach—despite some encouraging performances at the tail end of Project Restart—while United were one of the in-form teams in the land under their Norwegian manager.

However, both have had their unconvincing moments so far this season, with Spurs losing their opener to Everton and United falling to a shock defeat against Crystal Palace.

Both have bounced back since, but each have weaknesses that their opponents on Sunday will look to exploit.

Axel Tuanzebe is United’s only injury absence, and he’s set to be sidelined until November with a foot problem.

Phil Jones has not been seen since he picked up an injury in June, although he might not be a United player for too much longer, with Newcastle United understood to be keen on his services.

Solskjaer still has some decisions to make about his team selection, particularly in midfield, where he must decide whether to start new arrival Donny van de Beek, and in the heart of the defence, where Eric Bailly, Victor Lindelof and even Chris Smalling are options to partner Harry Maguire.

Spurs will be without new arrival Gareth Bale, with an October 17 return date pencilled in for him, while Son Heung-min is doubtful with a hamstring problem after being replaced in last weekend’s draw at Newcastle.

Mourinho will have to decide whether to use either Ben Davies or new arrival Sergio Reguilon at left-back, while Steven Bergwijn may be the favourite to replace Son should he not be deemed fit enough to start.

United have a great recent record against Spurs, having won two and drawn one of the last three league meetings between the pair.

Similarly, they’ve been particularly strong at home against the Londoners, winning 11 of the 14 Premier league meetings between the pair in the North West.

Solskjaer can take particular encouragement from Spurs’ poor defensive record away from home in recent seasons, where they’ve kept just two clean sheets in their last 27 away games in the division away from home.

It’s a poor record from the visitors, and the likes of Marcos Rashford, Mason Greenwood and Anthony Martial will hope to have some joy against the Lilywhites’ troubled backline.

Spurs will be in fine spirits heading into this one following their midweek cup victories, although their legs will surely be tested by the intense schedule and the notable travelling that the team have undertaken already during this nascent campaign.

Similarly, the visitors may well be without Son, who has proved to be such a key weapon for the side under Mourinho, and whose absence would definitely be felt.

United will take much encouragement from their pair of victories over Brighton and the win away at Luton Town, and will fancy their chances of extending Spurs’ poor form at Old Trafford.

Sat Oct 3 , 2020
The Abafana Bes’thende are busy bolstering their ranks as they have added two new players to their roster Golden Arrows have announced the arrival of two new players in the form of former Highlands Park defender Sello Motsepe and Uthongathi FC striker Pue Mmodi. The Durban-based club has confirmed the […] 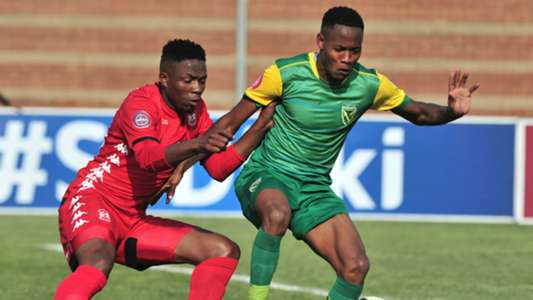