British junior Matilda Mutavdzic, 16, relocated to Spain in March so she could train at the Rafa Nadal Academy and now she couldn’t be happier. Mutavdzic, who has received advice from 19-time Grand Slam champion Rafael Nadal himself, has nothing but good to say of the Spanish tennis superstar and his academy.

“I love it at Rafa Nadal Academy. Everybody is super professional and super motivated and it’s just a great atmosphere for me to work on my goals,” Mutavdzic told the ITF website. “My parents and I were trying to find a place like that, a place where I can move forward and it ticked all the boxes.

All the staff and everybody there makes it so special, including Rafa himself and Toni [Nadal], and it’s a great pool of people to train with. “All aspects of my game have definitely improved since starting there: serve, how fast I’m hitting the ball, mentally – everything.

It has all improved drastically.”

Nadal cares for juniors at the Rafa Nadal Academy

“We also get to see Rafa quite frequently and he is very aware of how each and every player is doing, how they are competing and their results,” Mutavdzic added.

“Depending on where I have been and who I have played, he has offered me lots of words of encouragement, advice and tricks of the trade, especially about how to approach the match and deal with any pre-match nerves”.

Mutavdzic, seeded at No. 15 in the French Open girls’ event, beat this year’s Australian Open girls’ champion Jimenez Kasintseva at Roland Garros. “That [beating Jimenez Kasintseva] was extra special, especially as she is the top player currently on the junior circuit,” Matavdzic said of her win over Kasintseva.

“I lost to her in the first round of the Australian Open in three sets so this win was extra special and I was motivated for that match. It was my chance to get revenge. “She is seeded No.1 in this tournament so it really doesn’t get better than beating the No.

Mon Oct 5 , 2020
Date published: Monday 5th October 2020 10:35 Leeds have announced they have completed the signing of Brazilian winger Raphinha on a four-year deal to 2024 subject to international clearance. The attacker, who plays off the right wing but is comfortable in attack has cost a reported €17m. He will wear […] 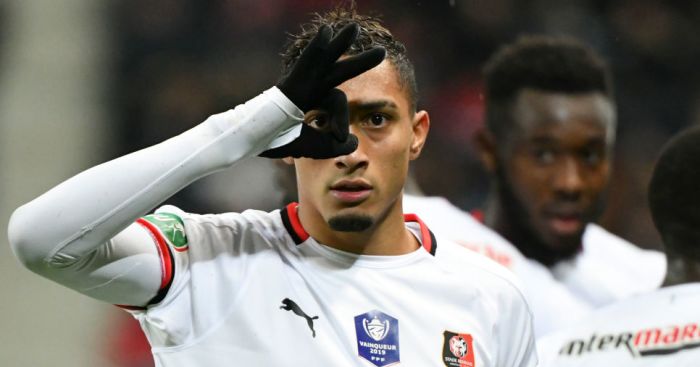