Following their latest result away from home, the Great Old have now played four league games without a win

Lior Refaelov’s 81st-minute strike cancelled out Anton Tanghe’s effort as the match at the Versluys Arena finished on a no winner, no vanquished note.

De Kustboys came into the game with the mindset of winning after losing to Standard Liege and Club Brugge in their last two games, but they were unable to secure maximum points at home.

The first chance of the game fell for Oostende, but Cameron McGeehan could not make good use of Makhtar Gueye’s pass. A few minutes later, Antwerp threatened to score but Pieter Gerkens’ header off a freekick from Refaelov was saved.

Before the half-time break, Antwerp fluffed a golden opportunity that saw goalkeeper Guillaume Hubert cleverly save an angled shot from captain Faris Haroun. Haroun had escaped being dismissed by referee Erik Lambrechts when he brought down Senegal’s Gueye.

Both teams returned for the last 45 minutes with the desire to win, nevertheless, it was Oostende who got the first goal of the game through Tangheon the 80th minute. The 21-year-old Belgian defender headed a well-taken corner kick from Maxime D’Arpino past goalkeeper Jean Butez.

While the dust was yet to settle, the visiting side equalised though Refaelov thanks to an assist from Koji Miyoshi almost immediately.

Despite having nine minutes left to play, both teams were unable to get the important winner as they were contented with one goal apiece.

Gueye was named in the starting XI but he was replaced in the 74th minute by Marko Kvasina, while Zambia’s Fashion Sakala came off for Mamadou Thiam in the 66th minute. Manager Alexander Blessin did not list Cameroonian goalkeeper Ondoa for the low-scoring affair.

For Royal Antwerp, Senegalese defender Abdoulaye Seck and Cameroonian midfielder Martin Hongla were on parade from start to finish as Ghana’s Opoku Ampomah, who is on loan from Fortuna Dusseldorf, was a 70th minute replacement for Norway’s Simen Jukleroed.

As a consequence of this result, Oostende stay in the 10th spot with 16 points from 12 matches, while the Antwerp-based outfit are fifth after garnering 22 points having played one game more.

Sun Nov 22 , 2020
Celtic are ready to make a move for Siriki Dembele in the hope that it persuades his brother, Karamoko, to commit his future to the club, TEAMtalk understands. Forward Siriki is currently starring for League One side Peterborough United and Celtic have been hugely impressed with his progress this term. […] 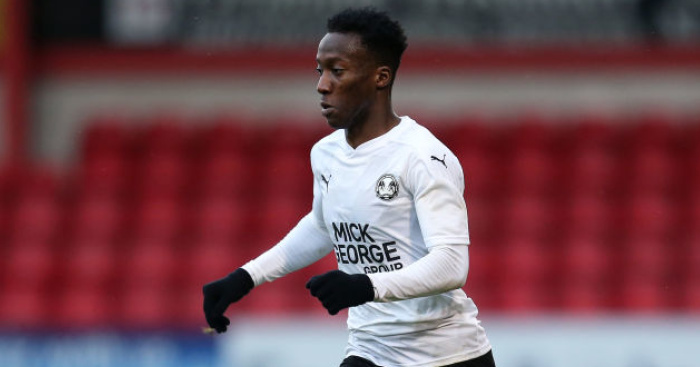