Daniil Medvedev levelled his Nitto ATP Finals semi-final against Rafael Nadal at 3-6, 7-6(4) to force a deciding set Saturday evening. The winner will play Dominic Thiem on Sunday for the season finale title.

Nadal surprisingly let slip an opportunity to serve out the match at 5-4 in the second set, mis-hitting a forehand off his back foot to relinquish his advantage. Medvedev took full advantage, playing aggressively to win the tie-break.

Nadal is pursuing the biggest trophy missing from his collection. The lefty, who is trying to reach his third final at the year-end championships, has won 71 consecutive matches after claiming the opening set.

Medvedev was 0-3 on his tournament debut last year, but he was a perfect 3-0 in Group Tokyo 1970 play to reach the semi-finals. He can become the fourth player to triumph at this event following a winless debut.

Nadal leads the pair’s ATP Head2Head series 3-0, but their matches have been full of drama. Last year at the Nitto ATP Finals, the Spaniard saved a match point and overcame a 5-1 third-set deficit against Medvedev to triumph during round-robin play. They also clashed in a thrilling five-set US Open final last season, with Nadal emerging victorious after four hours and 51 minutes.

It was Medvedev who came out firing, making his first 16 serves of the match and pressuring Nadal’s serve, earning three break points in his second return game. But at 3-3 in the opener, Medvedev missed all four of his first serves and paid for it, getting broken at love. Nadal was flawless when he moved forward, going five-for-five at the net in the first set.

But the World No. 2 played a sloppy first service game of the second set, hitting a rare double fault to concede a break. Medvedev let slip his advantage and then gave up a second break by hitting a forehand volley right to Nadal, and it seemed that Nadal would surge to a rematch against Thiem, who defeated him in Group London 2020 play on Tuesday.

But Medvedev, who is full of confidence after winning his third ATP Masters 1000 title at the Rolex Paris Masters, maintained his focus. Nadal began making uncharacteristic errors and the Russian applied even more pressure by standing his ground on the baseline in key moments. Medvedev has hit 10 aces through two sets and made 73 per cent of his first serves.

Did You Know?
Thiem has beaten World No. 1 Novak Djokovic and Nadal en route to the final. If Medvedev defeats Nadal, he will have accomplished the same feat.

Sat Nov 21 , 2020
Man Utd boss Ole Gunnar Solskjaer admitted his side were fortunate to escape the concession of a penalty, but praised matchwinner Bruno Fernandes after his unique penalty-taking trait directly contributed to their victory. The Red Devils ran out narrow 1-0 winners over West Brom to secure their first home league […] 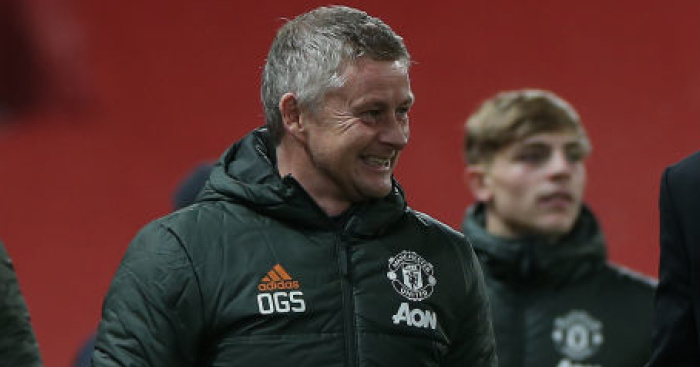