Jurgen Melzer and Edouard Roger-Vasselin had to turn around a 1/7 deficit in the Match Tie-break and save match point to complete a spectacular 6-7(4), 6-3, 11-9 comeback and defeat second seeds Rajeev Ram and Joe Salisbury.

The victory sent the seventh seeds into the Nitto ATP Finals championship match, where they will take on tournament debutants Wesley Koolhof and Nikola Mektic. It also seals the ATP year-end No. 1 FedEx ATP Doubles Team Ranking for Mate Pavic and Bruno Soares, eliminating Ram and Salisbury from contention.

“We had a talk before Sofia, the week before, [saying] that our attitude must be much better because sometimes when we were a set down or a break down, the shoulders [went] a little bit down, ” said Roger-Vasselin. “From Sofia and here, we said, ‘No matter what, we show good attitude. Always [be] positive [and] help each other and we’ll see what happens.’ I think it was the key because we won two matches [that were] incredible and we are still here. We are in the final. It is definitely amazing.”

The Austrian and French team had to recover after dropping the opening set to a dialied-in Ram and Salisbury. They got off to a fast start, breaking early to build up a 2-0 lead, but Ram and Salisbury quickly levelled the score at 2-2 before edging through in a tie-break.

That seemed to jolt the seventh seeds into action, and Melzer and Roger-Vasselin raised their level to strike back in the second set, reeling off five games in a row to open up a 5-2 lead as they sent the encounter into a Match Tie-break.

Ram and Salisbury regrouped as a pair of double faults – including a second-serve foot fault call against Roger-Vasselin – threatened to derail the seventh seeds. Facing down a 1/7 deficit as Ram and Salisbury looked set to march to victory, Melzer and Roger-Vasselin responded emphatically to reel off seven consecutive points. They had to save a match point before claiming victory in just under two hours to advance to the final.

Koolhof and Mektic await in the Nitto ATP Finals championship clash, after the fifth seeds defeated Marcel Granollers/Horacio Zeballos 6-3, 6-4 earlier in the day.

“We are just so happy to be in the final,” said Roger-Vasselin. “We lost the first match in the round robin, so after that we were like, ‘Okay, we have nothing else to lose. We will just fight until the last point.’ That is what we are going to do tomorrow, fight from the first until the last point no matter what.”

Sat Nov 21 , 2020
Atletico Madrid vs Barcelona They can’t stop him Carrasco lucha por un baln con Sergi Roberto. AFP Yannick Carrasco was able to take advantage of a Marc-Andre ter Stegen mistake, in addition to a good pass from Angel Correa, to give Atletico Madrid a 1-0 lead against Barcelona just before the […] 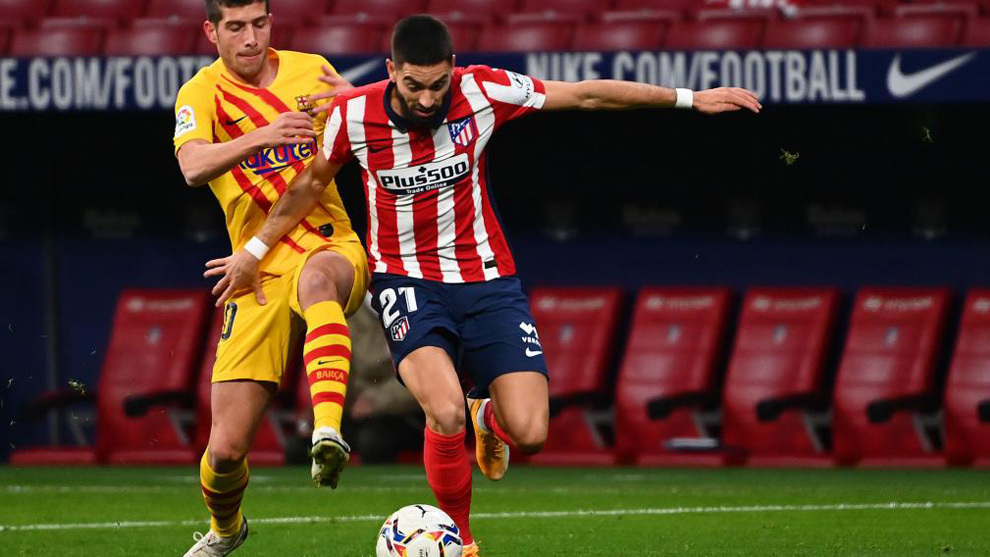