A Camp Nou colleague of the mercurial Argentine is reluctant to compare two modern-day icons, but sees the South American remaining in Catalunya

Lionel Messi is set to remain at Barcelona “for a long time”, claims Trincao, while the mercurial Argentine is considered to be a “different alien” to eternal rival Cristiano Ronaldo.

For now, six-time Ballon d’Or winner Messi remains on the books at Camp Nou, but it remains to be seen whether he will still be at Barca beyond the summer of 2021, with a lucrative contract in Catalunya running down.

Messi has already made one push for the exits, which the Blaugrana blocked off, but can open talks with interested parties from January as he heads towards free agency.

Trincao is confident that the services of a talismanic presence can be retained by Barca, with the Portuguese starlet eager to continue playing with an all-time great.

He has told Mundo Deportivo of the Messi saga: “I think [he’ll stay].

“I see Leo calm in the dressing room and always wanting to train, and I think we’ll enjoy Leo for a long time at Barca.”

Trincao is a big fan of Messi’s many talents, while also being an admirer of fellow countryman Ronaldo – who continues to star for Juventus at 35 years of age.

With strong ties to iconic figures on opposing sides of a lively debate, the highly-rated 20-year-old is reluctant to nail his colours to any one mast.

Trincao said when asked for his take on the GOAT argument which continues to rage: “They are two completely different aliens.

“Among the two best players in history. As a southpaw [left-footed player] I love Messi, but Cristiano is my compatriot, an animal, a phenomenon, and it would be unfair for me to say who is best.”

Turning his attention back to Messi’s future at Barca, Trincao admits that he would have liked to see the South American in Italy had his wishes to take on a new challenge been accepted in the last transfer window.

The promising winger added: “As a football lover, when the faxing mess happened, I hoped he would go to Juventus so we could see the two of them [Messi and Ronaldo] together.

“But for me, Messi’s place is where he is and where he has to end up is in this huge club, Barca.”

Fri Nov 20 , 2020
FC Barcelona – La Liga Happier playing for his country It has always been said that Lionel Messi has felt more at home at Barcelona than with Argentina, but the tables have turned in 2020. The No.10 now looks a lot happier and more comfortable in Lionel Scaloni’s side than he […] 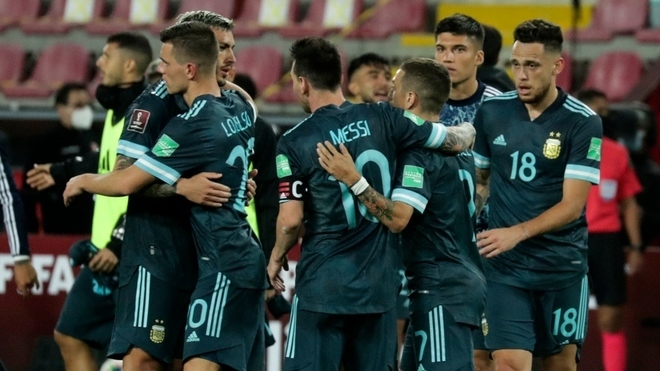